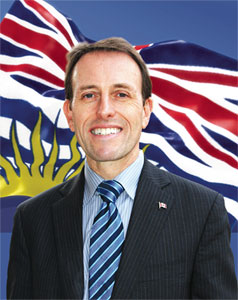 A month to remember

Posted by: The Local Weekly December 10, 2014 in Government & Politics Leave a comment

November was an incredible month, as unique, made-in-our-riding initiatives continue to distinguish the people of West Vancouver–Sunshine Coast–Sea to Sky Country. In few other ridings do you find constituents working so closely with their elected representatives to effect great change – not only at home, but across the country and around the world.

National Health and Fitness Day, a project I launched with BC Senator Nancy Greene Raine, took another leap to help make Canada the “Fittest Nation on Earth”. On October 29, Parliamentarians of all parties unanimously supported Bill S-211, an act to establish the day. The Bill should pass Third Reading before Christmas, our riding’s gift to the rest of Canada.

November also saw the re-launch of the Terry Fox Run in Taiwan. Terry’s brother, Darrell Fox joined me in Taiwan. Taiwan’s President, Ma Ying-Jeou, met with me twice to express support for Terry’s Dream and to bolster Canada-Taiwan relations. It was an honour both to raise funds for cancer research, and to promote the values of a Canadian hero. I am grateful to the Government of Taiwan for covering the cost of the trip. Though I was on the ground for only 36 hours, we accomplished much.

I was honoured to participate in Remembrance Day ceremonies with the Royal Canadian Legion in Squamish. This year, the day took on new meaning for Canadians. I thought not only of my own father, who served in World War II, but also of Warrant Officer Patrice Vincent and Corporal Nathan Cirillo, who lost their lives on Canadian soil in October. As Nate Dolha of the Squamish Chief recently reminded us, these two men joined over 114,000 Canadian men and women who have died since World War I in the defence of democracy, freedom, and the rule of law.

I wish you a Merry Christmas and a happy, healthy 2015. I look forward to the great things we are going to accomplish together in the year to come.