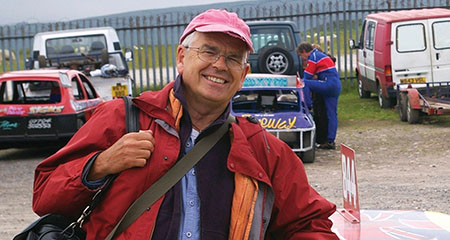 An ode to librairies

Posted by: The Local Weekly December 21, 2016 in Books & Beyond Leave a comment 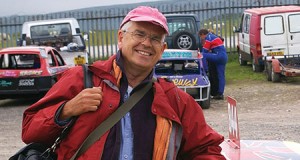 David Kipling’s “first career” was as a librarian. He lives in Gibsons and retired after 30 years teaching at BCIT. Photo submitted

In recent weeks I read the Local’s column about fundraising at the Gibsons library, and listened to the CBC’s Sunday Edition devoted to libraries.  It sent me back years, to when I worked in rural, city, and college libraries in the UK. Winter now revives an image of the people who waited, stamping their feet, for library doors to open, and who hurried into the welcoming warmth to claim a seat or a table or a favourite bookcase.

Back then many older library buildings bore in stone relief the proud words “FREE PUBLIC LIBRARY”, and I am convinced that the word FREE was both a direct welcome and a proud statement of citizenship. The very thought was awesome: anyone and everyone could come in freely, and they did, including some who could neither read nor write, those who were poor or homeless or mentally estranged, those who led lonely and ‘lost’ lives, and kids playing hooky from school or ducking into safety away from the threats of the street or the home. On more than one occasion, ambulance stretcher-bearers carried out the sad blanketed figure of some old man who had died quietly in the newspaper reading room.

Yes, some librarians did match the old prim stereotype, but these same people opened the doors wide to everyone. “Can I get a library card? Does it cost anything?”  A teenager once begged me to keep aside his borrowed books in the library because his father would beat him up if he caught him reading.  An eccentric character donated his own expensively-photocopied book of philosophy, frankly titled “What I Think”, and we shelved it with Plato and Kant. Protected behind the librarian’s desk was “The Settlers Handbook”, a volume of numerical tables in urgent demand by bettors and bookies.  Rabbinical students worked their way through 18 volumes of the Talmud, and a smiling Miss Margolies came in at 8:30 every morning to borrow her daily feast of four romances.  Did you know that popular romances were commissioned at 184 pages of text because that fills exactly 23 full size sheets, folded twice?  Expand to 186 pages of text and the printer would have to use an additional whole sheet and be left with six wasteful blank pages.

Westminster Public Library had a standard cardboard docket at the counter labelled “Buckingham Palace” – after all, libraries are open to everyone.  My rural library van had a family docket for Mrs. Martin, who every Tuesday came on board from her farmhouse with a tray of tea and biscuits for us, and old Jack Hillier would climb in too and reminisce with the driver about his wartime experiences, though to my knowledge he never borrowed a book.  And we listened to tales of joy and woe, volunteered to us because libraries are safe, and it’s allowed.

I cannot count the number of people in college, rural, and city libraries who said simply “Thank you, this is a wonderful library.”  Well of course: all libraries are wonderful. Women and men and children hugged their harvest of books to their chests and took them home.  Treasure!  David Kipling

Cathedrals of the mind

Library here to support you

Our libraries reflect our communities