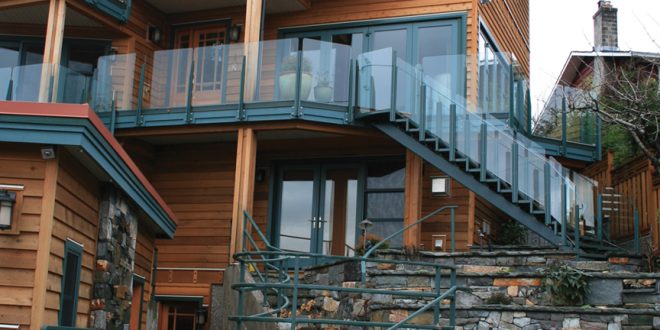 Posted by: The Local Weekly September 26, 2018 in Homes and Decor Magazine Leave a comment 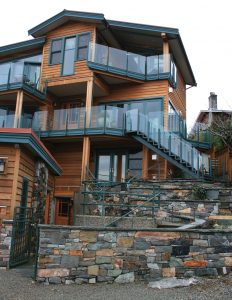 Looking at a finished home by Artwood Custom Homes is like wandering through a fine art museum. Individually cut cedar siding sprawls up the exterior of one of their homes, forming a patterned design at its peak. That same use of wood can be seen in the interior exposed support beams and kitchen cabinetry, while intricate rock work acts as a backdrop to the fire place. “I just wanted to create a company that would be able to build livable pieces of art,” said Artwood co-owner Jan Boyd. “A place owners would come home to and feel super comfortable. I didn’t want to build houses, I wanted to build homes.”

Despite the unique look to their homes, that fits its surroundings and the owners tastes, according to Boyd, their company doesn’t like to be confined to a certain look, but rather works to inject a certain feeling into their builds, that can be felt by its owners. “I don’t think we really have a set style. Most of our clients say there’s a feel about our builds, there’s a real comfortable feel,” said Boyd. “I’m not sure where that comes from. Maybe that’s because all of us take a lot of pride in our work and that comes out in the home.” 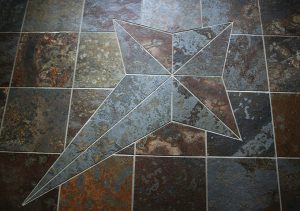 With thoughtfulness and passion put into design, sustainability is also incorporated into their builds. “The trend now, for us, is to build energy efficient homes that will cost less to run,” she said. “Introducing different sources of heating and energy like solar, is quite intriguing in our world.” Further, Boyd also tries to reuse material. She remembers a time when they tore down an old cabin in Roberts Creek, salvaged the wood, then reused it as the stairs in a new home. And another time when they salvaged tongue and groove flooring from the Hudson’s Bay warehouse in Vancouver, which was repurposed as the flooring in a new build. “I absolutely love it, but not everyone is into that. People who like shopping at IKEA can make a build a challenge, but not impossible” said Boyd. “You meet the client you’re building for and listen to them and you get a feel for what they’re like,” she added.

“I believe ‘custom homes’ kind of lost the true meaning of the word,” said Boyd, who believes the custom charm and individuality of the homes is lost. “They’re all custom looking and then suddenly everybody is a custom builder.” Boyd was at the forefront of the custom home trend when she started constructing personalized homes 30 years ago in Nelson, BC. “Custom homes were something that appealed to me because you could look to the land and clients for inspiration,” she said. 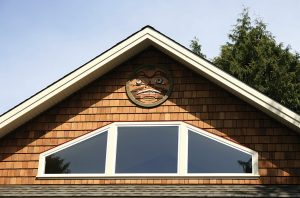 Her time on the Coast began after she accepted a job to build a single house in 1998. Boyd ended up staying after she met the second-half of Artwood’s ownership, Joanne Clark, on the job site. “We were a good fit, we fit well together as a team. She’s very artistic in what she does and I really like building artistic stuff out of wood, so we got together,” she said. The two have now built up the company which includes various components such as, plumbing, gasfitting, cabinet making and renovations. This all female ownership is often a rarity in construction as the business is predominantly male. “It’s interesting. I’ve worked heavy construction a lot of years and it’s harder to be a woman in heavy construction, either they like you or they don’t, or they want to see how tough you are,” Boyd explained. “But for me it’s never been about my gender or anything like that, it’s been about my ability to do my job.” 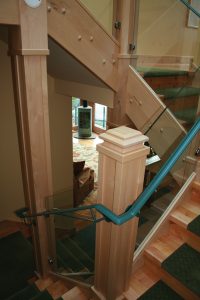 Being on the Sunshine Coast for over 20 years Boyd has noticed that the region is having a coming-of-age moment. Development is popping up on every street and what would seem like an affordable home is now unattainable for most. While the hot market would benefit Boyd, she is more concerned about the quality of what’s being built, rather than reaping the benefits. “I worry about the development and there’s a lot of building going on. In my world, there are a lot of builders out there and it’s a job. It’s good money, but they don’t seem to have the passion to care as much,” Boyd says. Compared to some companies that have several builds on the go throughout the year, Boyd only builds one house annually. “There are a lot people who have had their homes built that won’t last a long time and you just see that the quality is not there which actually bothers me a lot because people are trusting somebody to do something.”

If there was a word to describes Artwood Custom Homes philosophy it would be “constructing”. Aside from the obvious that they build homes, Boyd hopes the homes will be passed down generation to generation. According to the longtime home builder she also strives to construct relationships with the homeowners. “Pretty much all the clients we build for are now good friends, we can’t help it,” she said. Something Boyd sees in the future is to continue developing the company and working towards passing along the business. “I can see myself working constantly with the company, in the company and for the company,” Boyd said. “But eventually for some of the people that have worked with us, it will be their company and that’s my goal, to continue it and better it so when it comes time and they want it, it’s theirs.”

2018-09-26
The Local Weekly
Share !
Previous: Antiques and collectibles around the Sunshine Coast
Next: Quick ways to freshen up your home for Fall

Tips for getting your home Ready for Spring

7 things to consider when buying a shed

The differences between organic and inorganic mulches