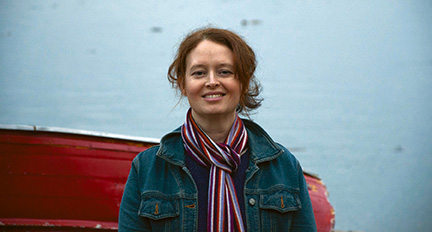 Posted by: The Local Weekly September 6, 2017 in Arts & Entertainment Leave a comment

It’s a busy time for Kara Stanley. The local author has several appearances and a book tour coming up, including a performance at the Sunshine Coast Hospice Society fundraiser on September 16 at Rockwood Pavilion. Her book, Fallen: A Trauma, A Marriage, And The Transformative Power of Music, is the powerful story of how life took “a sharp left-hand turn” when her husband, Simon Paradis, fell from scaffolding leaving him a paraplegic with brain injuries. Stanley wrote Fallen as a way of coping. “That was my main tool for navigating that crisis,” she says. “In hindsight I see that it was a way to deal with grief. [The grief and loss] was undeniable and it was not something you could quiet or hide.” For Paradis, an accomplished musician, music was a critical component of his recovery. The bulk of songs from Paradis’ solo debut CD, Mouth Full of Stars, are collaborations between the couple. “Song writing gave us a project to focus on,” says Stanley. “And share our parallel but uniquely different experiences of his accident.” 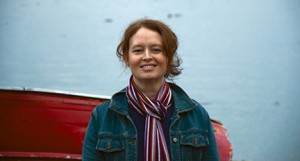 Writer Kara Stanley will be performing with her husband Simon Paradis at the Rockwood Pavilion Sept. 16, and launching a new book at the Arts Centre Sept. 30. Photo submitted

Stanley was in the middle of editing a novel manuscript that she’d started while earning her creative writing Master’s degree at UBC when Paradis’ accident happened. Though written almost a decade earlier than Fallen, in Ghost Warning, Stanley is again dealing with themes of grief and loss as the young protagonist, Louise, must cope with the sudden death of her father. Returning to the manuscript after a 10-year break, Stanley came to it with fresh eyes. “It became clear to me what the novel was originally dealing with was this process of grief,” says Stanley. The novel is set in the Parkdale area of Toronto in the late 1980s, in a neighbourhood filled with vulnerable populations: the poor, people with mental health issues, the homeless. There is also a serial rapist on the loose. “The story evolved out of how you absorb those news stories,” says Stanley. “They deeply impact you but it’s hard to know where to put that impact. We are horrified and we grieve and we’re angry, but we also have to keep on going with our day to day stuff.”

Keeping on while coping with loss and grief is something Stanley knows intimately, which is why taking part in the hospice fundraiser is important to her and Paradis. “We are thrilled to be a part of it. Those kind of community supports were critically important to us at a difficult time,” says Stanley. She and Paradis will open the fundraiser with an interactive reading of Fallen. Stanley’s attention then turns to promoting Ghost Warning with two book signing events at Talewind Books in Sechelt on September 29 and 30 from 11am to 1pm. Local publisher Caitlin Press hopes robust sales from those signings will put the book on the BC Bestsellers list. The official book launch is on September 30 at 6:30pm at the Arts Centre, with a reading followed by a celebration and music by Gut Bucket Thunder. “I’m excited to publish it,” says Stanley of her debut novel. “I’m excited for these characters to make their way out in the world.”

Tickets for the hospice fundraiser are $30 and available at Sechelt Visitor Centre, MELOmania and Laedeli Gifts, with Stanley and Paradis opening for Shane Koyczan. More info at coasthospice.com. The Ghost Warning launch party is free. All welcome. More info at karastanley.com