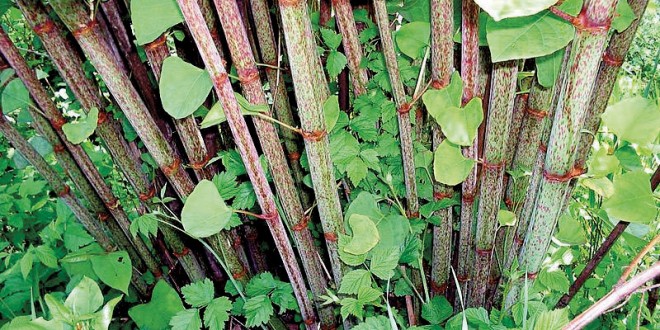 Posted by: Editor May 14, 2014 in Environment & Science, Local Community Leave a comment

The provincial government is providing over $1.6 million in new grants to control the spread of invasive plants, Forests, Lands and Natural Resource Operations Minister Steve Thomson announced. The 29 grants are being given to local governments, regional invasive species committees and the Invasive Species Council of BC to assist their activities and support the objectives of the provincial Invasive Plant Program. This funding is in addition to the $809,000 already earmarked by the Ministry of Forests, Lands, and Natural Resource Operations for invasive plant control and management in 2014-15.

Invasive plants are species that have been introduced into British Columbia from other areas. They displace our native vegetation and can cause considerable economic and environmental damage, and some pose a health risk to people. Invasive plants may disrupt natural ecosystems, reduce biodiversity, increase soil erosion, alter soil chemistry and adversely affect commercial crops.

Barry Gibbs, chair, Invasive Species Council of British Columbia, notes that “Invasive species impact British Columbia’s communities in many ways. Whether it’s the cost to our agriculture industry or a loss of natural biodiversity, invasive species are a concern. The support provided by the ministry is vital to the efforts of our council and our partners to prevent new introductions and respond to existing populations of invasive species. Since the majority of BC is Crown land, the government’s support is also critical for promoting collaborative action across administrative boundaries.”

Regional committees are non-profit societies that serve as forums for land managers and other stakeholders to co-ordinate invasive plant treatment activities and participate in outreach and educational opportunities. There are currently 13 regional invasive species committees in the province.