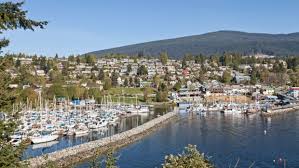 Posted by: The Local Weekly January 11, 2017 in Breaking News, News Leave a comment

The new year arrived with a shock for many Sunshine Coast property owners when they opened their annual notices from BC Assessment. Thanks to 2016’s red hot real estate market, property assessments are up substantially on the coast, with an average rise of 25 per cent in Sechelt and 30 per cent in Gibsons.

A benchmark home on the Sunshine Coast is now valued at almost half a million dollars ($492,900).

Overall, the Sunshine Coast’s total assessments increased from $9.36 billion in 2016 to $11.33 billion this year. Only five per cent of that increase ($101 million) was due to new construction.

Property owners have until January 31 to file an appeal if they feel their assessment is out of line. (Residents can look up their address online at evaluebc.bcassessment.ca to compare their house with other houses in the area.)

Despite the increases, Assessment BC is not anticipating a flood of appeals. “Our long term appeal rate in any given year is 1-2 per cent,” said Grant. “It doesn’t change very much from year to year.”

Gibsons resident Joan Barrington, whose assessment jumped 50 per cent this year, said: “My first thought when I read our new tax assessment, was ‘I guess we’ve finally been discovered.

“I’ve always felt that the Coast was under-appreciated,” she said. “So, for me, the way I see and feel about the Coast was finally confirmed (with the huge jump in the assessment)… kind of a bitter-sweet confirmation.”