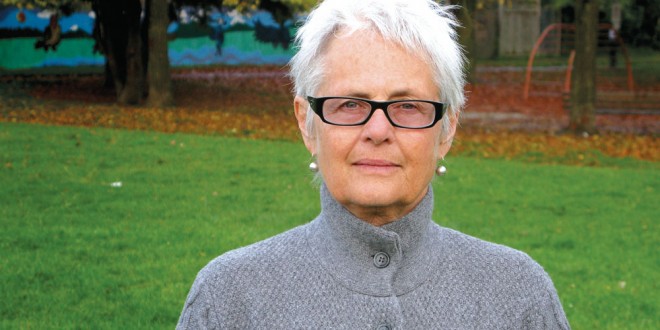 Posted by: Editor May 9, 2013 in Local Community Leave a comment 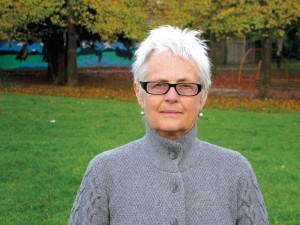 Ann Nicholson is an accomplished artist whose exhibition called The Chilcotin War: A Colonial Legacy stops in at The Gibsons Public Art Gallery. Photo submitted

When Ann Nicholson and her husband, Matt, drove north in search of a place to call home, they took a random left turn at Williams Lake and there it was — the Chilcotin. Stretching from the Fraser River valley to the apex of the Coast Mountains, locals say the Chilcotin is the Creator’s masterpiece.

They were drawn to the natural beauty and the community, but this was Nicholson’s second life-changing turn to the left and it would once again call forth her passion for social justice.

“My last series of paintings was based on personal stories that came to light through the South African Truth and Reconciliation Commission. In the seven years we have lived in the Chilcotin, I have been similarly moved by the stories of the Chilcotin War,” said Nicholson.

In 1961 the state-controlled Johannesburg School of Art denied her admission to her third year because of her anti-apartheid views. Nicholson took up the cause in earnest. It would cost her the next seven years including a three-year term in Barberton Maximum Security Prison.

She makes light of what it cost her. “The people in South Africa are still struggling to overcome their history just as the Tsilhqot’in people are”.

Asked what she hopes to accomplish by telling this story with her paintings, Nicholson replies with a story. “At a meeting commemorating the C, Chief Joe Alphonse told the gathering that the Tsilhquot’in and the Federal Government are trying to locate the remains of Chief Ahan who was taken to New Westminster after the uprising, tried, hanged and buried in an unmarked grave.”

Nicholson pauses. This is an uprising of memory that will never be healed until justice is done. “When the Chief told us that the Tsilhqot’in people are working to prevent a school from being built on what might be his grave, a visual image immediately sprang to my mind and with it the feeling of disrespect and the suffocation of an entire culture that such an action would represent. We can’t bury the past and just cover it over.”

The search for Chief Ahan’s burial site is number fourteen in The Chilcotin War series of sixteen powerfully symbolic oil-on-canvas paintings on tour throughout British Columbia.

Allowed to leave South Africa in 1968, she settled in London to work for the African National Congress (ANC) before immigrating to Canada in 1974.  Settling in Vancouver, Nicholson is now fulfilling her dream of a Fine Arts BA, from Emily Carr University of Art and Design. She is proving that doing what really matters to you is the way to fulfillment.

Thanks to the generous support of the community, members and volunteers, Gibsons Public Art Gallery is proud to host The Chilcotin War: A Colonial Legacy exhibition between May 23 to June 24.

Meet Ann Nicholson at the opening reception at 2 pm on Saturday, May 25 and join in at the Artist’s Talk on Sunday, May 26 at 431 Marine Drive. Visit www.gibsonspublicartgallery.ca for more information.