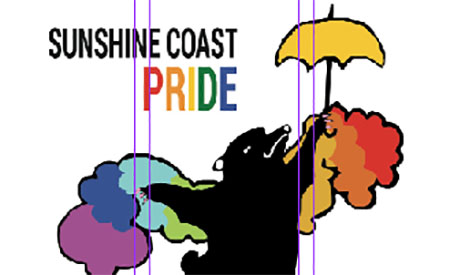 Posted by: The Local Weekly June 14, 2017 in Arts & Entertainment Leave a comment

“Closet Monster”, a unique coming-of-age drama is the feature film being presented by Queer Projections during Sunshine Coast Pride celebrations. The film will be shown at Gibsons Heritage Playhouse at 7:30pm on Friday, June 23. Admission is by donation at the door.

This first feature film by a young Canadian filmmaker has been highly acclaimed, including winning the Best Canadian Drama award at the 2016 Toronto International Film Festival. Oscar Madly is an imaginative child in St. John, Newfoundland, whose closest friend is a pet hamster named Buffy. If his life wasn’t challenging enough being caught in the middle of his parents’ turbulent divorce, Oscar is viciously catapulted into adulthood when his father teaches him about a shocking hate-crime involving a young gay man.

Fearing that he too might be gay, Oscar is driven to suppress his femininity. However, as he begins to reclaim his identity, he experiences confusing sexual fantasies about a new friend that are fuelled by fear. When Oscar finally confronts and triumphs against his fears, the result is an explosive spectacle of human empowerment unlike anything anyone could have expected. “Closet Monster” is rated 14A.