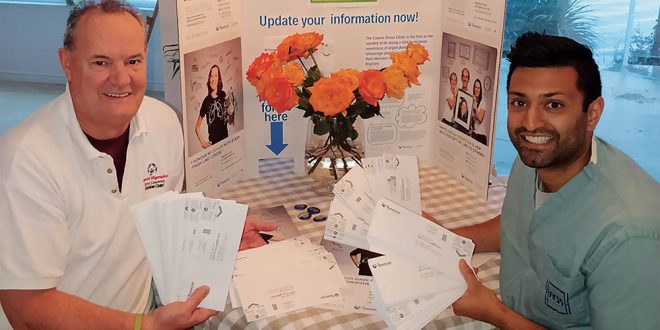 Coastal Clinic Challenge to save lives

With Valentine’s Day over the first-ever Coastal Clinic Challenge is complete. Medical clinics along the Sunshine Coast from Gibson’s to Pender Harbour all participated in the “waiting room challenge” to see how many patients and staff could update their wishes in regards to organ donation with the BC Transplant Registry. 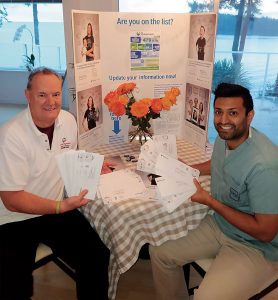 They are a committee of two that organized an organ donor registration drive on the Coast, lung transplant recipient Mike Gojevic, left, and Dr. Paul Dhillon. They made it a contest between medical clinics and signed up more than 200 potential donors in a month. They are hoping to make it an annual event on the Coast, and it may be expanded across the province. The goal is to spread awareness of the transplant registry and, as Dr. Dhillion says, “hopefully save a few lives down the road.” Photo submitted

Mike Gojevic – a lung transplant recipient and one of 35 transplant recipients on the Coast, and a volunteer with BC Transplant – travelled to all the clinics to pick up the forms, and completed the count with the project lead, Dr. Paul Dhillon. During the one-month challenge more than 221 forms were completed and collected, with the Cowrie Street Clinic completing the most forms, and a tight second place finish was between the Upstream Clinic and Gibson’s Clinic, with Upstream coming out just ahead in the final count.

“It was great to see all the clinics and patients up and down the Coast participating in this challenge,” said Gojevic. “More than just the numbers of the forms we collected in person, is the awareness that we were able to generate along the Coast about making your wishes known in terms of organ donation. As someone who is alive today thanks to an organ donor, I am so thankful to everyone and every clinic that participated this year.”

This first ever challenge project was supported by a grant from the Rural Coordination Centre of BC.  Now the details will be reviewed and improvements made with a view to making it an annual event, and possible expansion across the province.

“This was a great chance to engage the communities of physicians and medical office staff along with their patients all along the Coast,” said Dr. Dhillon. “I was so happy to have all the clinics jump on board and participate in the program. We know that some people also signed up and made their wishes known online so the ripple effect from this challenge will hopefully save a few lives down the road.”

Since the first mini-trial of the concept of patients updating their status in terms of organ donation at the Cowrie Street Clinic in late 2018, over 300 people have completed the BC Organ Donation Registry form. If people missed the challenge this year and want to update their status, they can do so at https://register.transplant.bc.ca/. 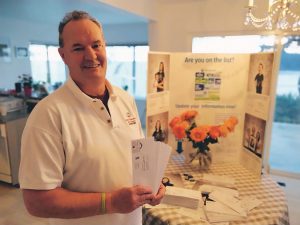