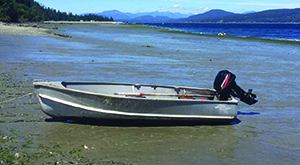 “Who better than an astronaut to lead us forward,” said local MP Patrick Weiler as he introduced federal Minister of Transportation and the first Canadian to travel in space, Marc Garneau. Those remarks were made at the start of a Zoom call with the West Vancouver/Sunshine Coast/Sea to Sky constituency.
The event hosted online on Nov. 26 gave local representatives, including Sechelt Councillor Eric Scott, a chance to pose questions to Garneau. In response to Scott’s query about COVID-19 financial relief programs for airlines, Garneau said that negotiations are underway but details could not be released. The minister stated the soon to be announced aviation sector relief program will focus on protecting regional services and address relief for airports that have been impacted financially by the pandemic. He stated that compensation for travel agencies who have lost commission income might also be included. Garneau pointed out that to qualify for federal relief funding, airlines must have programs to refund passengers for flights cancelled due to the pandemic.
Garneau also used the session to highlight Canada’s leadership in the Carbon Offsetting and Reduction Scheme for International Aviation (CORSIA) initiative. Eighty countries have signed on to CORSIA. “We all want aircraft to be cleaner,” said Garneau. He said that he was excited to see new technologies to make airplanes lighter and more fuel efficient being developed in Canada, as well as research into sustainable aviation fuels.
Issues surrounding abandoned vessels and mooring buoys were also discussed during the session. Garneau said he was well aware of how important addressing hazards to navigation and the marine environment were to Coastal communities. He stated he was proud of the federal government’s action to help pay for the removal and disposal of derelict boats and non-compliant buoys. He also noted that recently adopted legislation makes it illegal to abandon a vessel in Canada.
Garneau said the government is looking at a boat registry to track ownership and disposal. This initiative could also collect licence fees from vessel owners to fund clean up programs. MP Weiler suggested that he would like to see funds collected used to support organizations like Marine Search and Rescue, which benefit the boating community.
The call ended with the minister accepting an invitation to visit the riding once non-essential travel opportunities for MPs are reinstated.
Connie Jordison

2020-12-02
Admin
Share !
Previous: Now is the time to support our local businesses
Next: Creating a durable gingerbread house