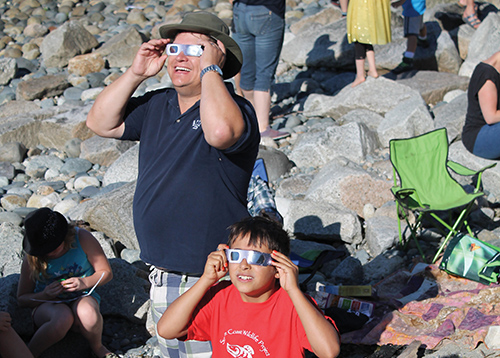 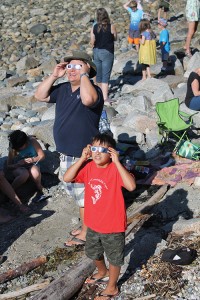 Sun seekers young and old flocked to Davis Bay on Aug. 21 to view the solar eclipse.  The moon passed between the earth and the sun at mid-morning, covering about 85 per cent of the sun at this latitude.  It could be seen – with special protective glasses – from anywhere, but hundreds opted to watch as part of a crowd. The Sunshine Coast Astronomy Club set up telescopes on the Davis Bay seawall, and estimated that 700 people turned up.  Donna McMahon photo