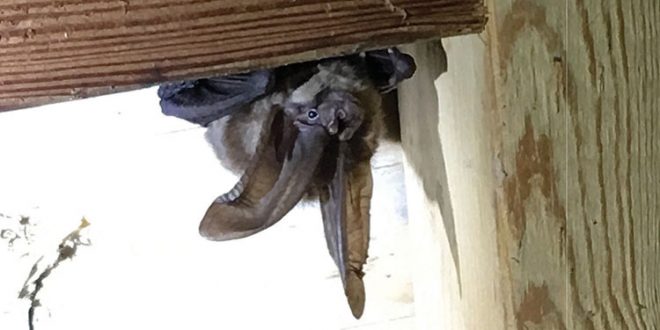 Posted by: The Local Weekly July 11, 2018 in Environment & Science Leave a comment

The Sunshine Coast Wildlife Project is asking community members to help with bat conservation efforts by reporting dead bats and by participating in the annual BC bat count. 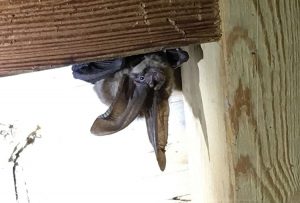 This is called a Townsend’s big-eared bat, for obvious reasons. The SC Wildlife Project is asking the community to help with the annual bat count between now and Aug.5. Photo submitted

Bats are among the most threatened mammal groups, with half of BC bat species officially listed as species at risk.  The arrival of White Nose Syndrome in Washington State has increased the threat level. This devastating fungal disease affects bats during winter hibernation, causing near 100 per cent mortality in some affected colonies.

In early July, biologists noted several tragic mass mortality events of bats in southern BC. The cause is currently unknown.  Residents who discover a dead bat are asked to use gloves to put the bat in a ziplock and to please contact the Wildlife Project at coastwildlife@gmail.com or 604-989-1007.

Community members are encouraged to join in the annual BC bat count. This province-wide citizen science effort is a fun activity suitable for all ages. Participants simply sit outside known roosts and count bats as they fly out at sunset. This year’s second counting period is from July 11 to August 5.

Residents who have bats occupying a roof, attic, barn, shed, or bat house, along with those wishing to volunteer with the counts, are asked to please contact the Wildlife Project at the above number.

Report from the high Arctic