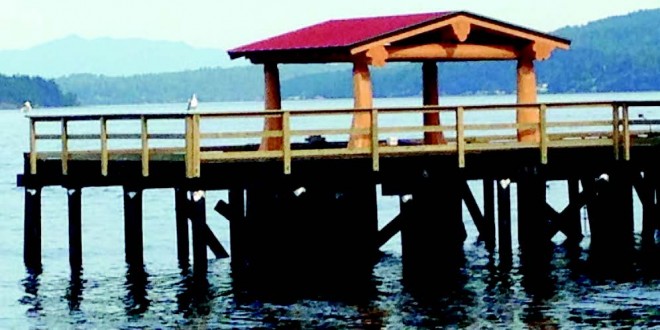 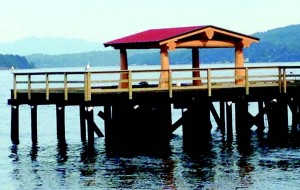 Davis Bay Wharf will re-open on Thursday July 17, at 2:30.
Everyone is welcome to celebrate the Sechelt area landmark’s
official reopening on the Wharf with music, refreshments
and speakers.

Through a stellar effort from community and local government, the Davis Bay Wharf will reopen on Thursday July 17, at 3:30. The public along with donors and dignitaries are invited to celebrate the Sechelt area landmark’s official reopening on the Wharf with music, refreshments and speakers. Shuttle buses will be leaving from Sechelt recreation centre/municipal offices at Cowrie Street and Ocean Ave., and returning there after the festivities.

Originally built by the Government of Canada in 1922-23, the Wharf has been a great attraction and asset for Sunshine Coast residents and tourists for nearly a century.

A great place to view and photograph the coastline, the pier reaches over water deep enough for swimming, fishing and crabbing, and is a super destination when you’re strolling the seawall in Davis Bay.

District of Sechelt announced funding for the project in January 21 of this year, toward a budget of $600,000 for the project, and within a few months, construction got started on replacing the ageing structure

Funding is being provided by a variety of sources including $100,000 from the District of Sechelt’s 2013/2014 budget with contributions from the Sunshine Coast Community Forest Legacy Fund, and a $150,000 grant from the Island Coastal Economic Trust.

“And of course there was community fund raising by the Davis Bay Wharf Rats,” Connie Jordison of District offices said, “This was both corporate donations and purchase of planks by both individuals and groups.”

Local community associations banded together as well, to find ways to help finance the project.

The Wharf Rats are a group comprised of the Davis Bay – Wilson Creek – Selma Park Community Association, Davis Bay Parkway Society and the District of Sechelt, who committed to raising $50,000, no small task. The remaining $300,000 still needs to be raised by the Wharf Restoration Major Gifts Appeal, which is asking area residents, groups and businesses to consider making donations.

“All gifts over $5,000 will be recognized with their name on a commemorative plaque which will be permanently erected in the entrance area to The Wharf,” the restoration website explains.