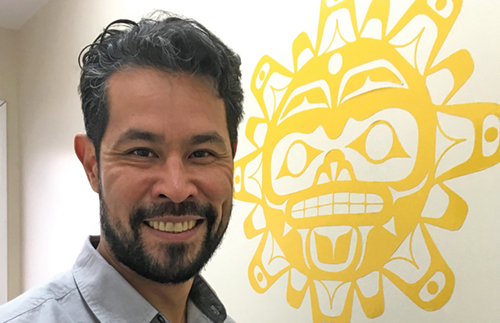 Sunshine Coast Tourism, by its own definition, is “a non-profit member-based destination marketing organization marketing the Sunshine Coast to the world!” Sunshine Coast Tourism (SCT), formed in 2007, represents more than 200 members who own, manage and operate properties or businesses including: accommodations, tour and activity operators, restaurants, and retail shops. Paul Kamon has been executive director of SCT for nearly two years. A Vancouver native and UBC grad, Kamon has been involved in tourism for many years and has lived here since 2011. He is now overseeing the greatest expansion of travel-marketing the Coast has ever seen.

Paul Kamon: We have been wanting to rebuild the website for four years, but until we got more funding, it was just a project that couldn’t take off. To get it to where it is now cost a significant amount of money. The stats on it are good and it’s doing exactly what we had hoped. It’s optimized for mobile as well. It’s built for the future.

SCBM: The two-percent Municipal and Regional District Tax (MRDT), approved in May 2016, was expected to generate about $250,000 a year to help SCT promote the Coast. How’s that working out?

Paul Kamon: It’s working very well. It is hard to market in a very competitive environment without money. Tofino has many more accommodations than we do, and so has about double our tax revenue. The MRDT is a consumer tax put on accommodations that have four (rentable) rooms or more. But a major change to that could be coming. The bigger accommodators feel it’s an unfair burden on them because they are paying all the taxation. They’re following all the rules, and they want to see a level playing field. There are talks now at the provincial level about applying the tax-collection on all rooms, including smaller, short-term rental accommodations. That would change the game quite a bit. Individual operators would then collect the MRDT and PST and online platforms like Airbnb would collect the taxes in their transactions and on the province’s behalf. This change could happen soon, or it could take a little while. There are certain policy repercussions to be discussed. There’s the issue of renewing the MRDT every five years and that involves again getting signatures from the (majority of) accommodations’ owners. So, if the smaller rentals are included, that will double the number of signatures that have to be collected.

SCBM: Are you also getting a proportion of matching funds from DestinationsBC?

Paul Kamon: Yes, they have what is called a Cooperative Marketing Program which allows eligible entities like Sunshine Coast Tourism to apply to this fund, which has about $4 million. Organizations like ours could get as much as $250,000. We have never asked for that much, but we have asked for $175,000 and we have gotten that much funding each of the past two years. So, our marketing budget has increased significantly and that’s a big part of how we have been able to raise our profile.

We also are going through a destination development process. The previous provincial government had Destination BC produce a 10-year tourism plan for the entire province. It’s a complicated process involving all levels of government, stakeholders, associations and First Nations. It’s been a very in-depth process to try to determine how we want to seize the tourism opportunity and how we want to develop as a region.

SCBM: In terms of tourist visits and stays, are we continuing to do better?

Paul Kamon: Oh, we are absolutely trending upward. But we have only limited data right now on this, and it is one of my primary goals to get better data collection going. There are different economic impact studies we can do to get some real hard numbers from both (Powell River and Sunshine Coast) regional districts. Working with the accommodation sector will give us their statistics occupancy rates, lengths of stays, all that kind of stuff. Having said that, the data I do have shows very strong growth for the last three years. There is roughly 4.5 percent year-over-year growth in room revenue.

SCBM: According to the site, Sunshine Coast Tourism “promotes the Sunshine Coast in targeted markets through strategic, research-based marketing strategies.” How does that work?

That’s not to say that we don’t have opportunities to market internationally But it’s done typically in concert with Destination Canada. We do work with travel writers who come through from a variety of international media.

SCBM: We see you hope to place touch-screen kiosks on BC Ferries. How are those plans going?

Paul Kamon: The digital kiosks require some funding, so it’s not going to happen immediately. But it is a way of updating and modernizing.  The Travel Ambassadors program (which puts live consultants on board ferries) is expensive and difficult to staff so it makes a lot of sense to go digital. There’s so much technical change coming our way. When you think how people get their information these days, it has changed so dramatically.  There’s always going to be a place for face-to-face communication. But we will be able to update the kiosks remotely, and be able to push out information about events, curated to the season, and update it on the fly

SCBM: And you assumed responsibility for the Gibsons visitors’ centre on April 1?

Paul Kamon: Yes. We are working with the town of Gibsons to find a new space, so the current Pioneer Square location will be temporary. We’d like to renovate a new space and there are a couple of options we are assessing. We’re looking for something that is bigger, newer and more modern to help showcase the Sunshine Coast.

SCBM:  You’re also interested in someday taking over the visitor centre in Sechelt?

Paul Kamon: It is still under contract with the Sunshine Coast Community Services Society, but we have been in discussions about working closely with them.  It’s one step at a time. We want to first deliver on our commitments to the Gibsons centre. We are also in discussions with Powell River. It certainly is interesting being an association that covers both the north (Powell River) and the south coasts. I think forestry is the only other organization that has the same kind of jurisdiction.  But ultimately, Sunshine Coast Tourism is a partnership between both ends of the coast. Getting everything regionalized and coordinated is all part of our strategic plan.
Sunshine Coast Tourism 604-740-6170.