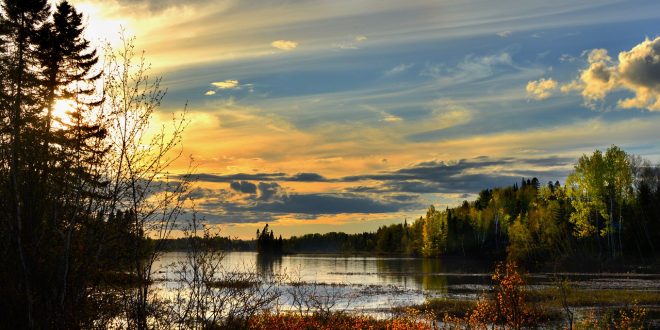 Posted by: The Local Weekly January 22, 2020 in Editorial, Opinion Leave a comment

We live on a changing planet. Unnaturally rapid global warming is altering everything, including lands and waters. Evidence shows we’ve already emitted enough greenhouse gases to alter the structure of ecosystems and interactions within them. Because many gases, such as carbon dioxide, remain in the atmosphere for hundreds of years, impacts to the planet will continue even if we stop all atmospheric emissions tomorrow.

Approaches to conservation are also changing in response to climate disruption. Protected areas were initially established primarily for the benefit of people — to preserve breeding grounds for game that hunters prefer or to optimize areas for human recreation. Over several decades, efforts have shifted toward prioritizing ecological integrity for Canada’s parks and recognizing the role of Indigenous leadership in conservation and stewardship.

Evidence shows Earth is heating at an accelerating rate, outpacing the capacity of numerous plant and animal species to adapt. To safeguard biodiversity, protected area planning has had to evolve to address the habitat changes brought by climate disruption.

Climate-wise connectivity looks at a number of strategies for conservation planning amid the climate crisis, as emergent ecosystems appear. These include increasing the amount of habitat conserved throughout the landscape, adding corridors between protected areas, creating small “stepping stones” of habitat, taking into account the pace of habitat change in different areas so that rapidly changing areas can be buffered by those changing at a slower velocity, and maintaining biologically rich hot spots.

Humans are part of nature. We form what some social scientists call a “social-ecological system.” We must also build resilience in our own lives and support others less fortunate than ourselves, as human resilience is shaped by many factors: where we live, our relationships with the land, at-hand government support systems and our personal economic and social resources.

Activism is one way to foster resilience. It can help overcome despair. As people living in Canada, we must help shift social and economic structures to advance climate and ecological resilience.