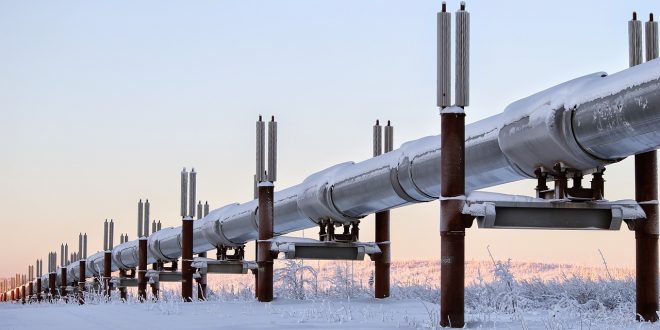 Posted by: The Local Weekly March 4, 2020 in Editorial, Opinion Leave a comment

Actions by and in support of the Wet’suwet’en land defenders are as much about government failure to resolve issues around Indigenous rights and title as they are about pipelines and gas.

Some Wet’suwet’en hereditary chiefs and their people are defending their rights to traditional practices, clean air and water and a healthy environment. They say the Coastal GasLink pipeline threatens those rights. The $6-billion pipeline, to ship fracked gas 670 kilometres from Dawson Creek to Kitimat for liquefying and export, is part of a heavily subsidized, $40-billion LNG Canada project owned by Royal Dutch Shell, Mitsubishi Corporation, and state-owned Petronas (Malaysia), PetroChina and Korea Gas Corporation.

The hereditary chiefs suggested an alternative route, but the pipeline company nixed it as too costly. The company and government point to support from elected chiefs and councils along the pipeline route, many of which have signed benefit-sharing agreements as a way to gain much-needed money for their communities.

But, as Judith Sayers (Kekinusuqs), University of Victoria adjunct professor from the Hupačasath First Nation, writes in the “Tyee”, “Neither the elected chief and band councils that support the pipeline, nor the federal or provincial governments, nor Coastal GasLink ever obtained the consent of the Wet’suwet’en hereditary chiefs and their supporters.”

That’s partly because governments have failed to resolve issues around Indigenous rights and title, unless forced to after lengthy court battles, as with the 1997 Delgamuukw decision and the 2014 Tsilhqot’in decision, which recognized Indigenous title over unceded territories.

One complication is that few people truly understand Indigenous governance systems. As Sayers writes, “The Wet’suwet’en were never defeated in a war, never surrendered their lands and never entered into a treaty.” Hereditary chiefs have jurisdiction over traditional territories, whereas elected chiefs and councils have authority on reserves. Elected band councils are an outcome of the 1876 Indian Act (and its precursors), enacted in part to destroy traditional governance systems and laws.

Some see the hereditary systems through a colonial lens – as monarchy or divine right – but they’re much more representative and consensus-based than many realize.

Now that actions have spread across the country, blocking rail lines, bridges, roads and ports, complaints about inconvenience and disruption are rife. But colonial society has been inconveniencing and disrupting Indigenous lives for hundreds of years.

Governments must work with Indigenous Peoples to resolve issues around rights and title where treaties haven’t been signed and honour the treaties that have been. Until then, major resource projects that potentially infringe on these should be put on hold.