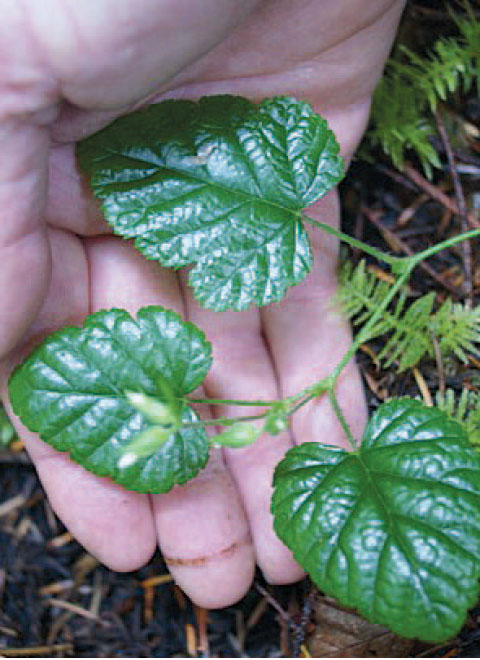 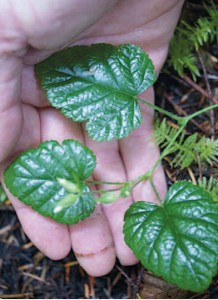 Snow Bramble on the forest floor on Mount Elphinstone.

Elphinstone Logging Focus is calling for the creation of an ecological reserve to protect three patches of snow bramble — an endangered species – on the lower slope of Mount Elphinstone.

Muirhead said B.C. Timber Sales, “to their credit”, removed the largest patch from a proposed cutblock earlier in the year. But there are two smaller patches that are in the path of a proposed

“These three patches identified are unusually robust, and an indicator of high forest bio-diversity”, Muirhead said. “There’s not one protected site of Rubus Nivalis in the province. Now that we have recorded the largest and best site of this endangered native plant, lets apply best management practises and get this area protected forever as an ecological reserve.”

Muirhead said the snow bramble, like the spotted owl, is an indicator of natural forest health and has a “low tolerance for change.” It grows in a narrow elevation range of 600 to 800 metres.

The patchs are off the Roberts Creek-Flume logging road in an area ELF is calling the “Clack Creek Gallery Forest.” Muirhead said it is not strictly old growth because it was burned in the 1860s and was the location of some limited logging 60 to 70 years ago. John Gibbs