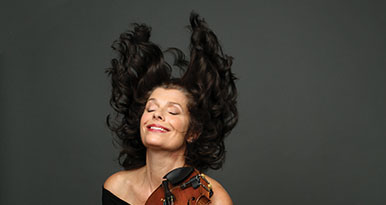 Posted by: The Local Weekly November 16, 2016 in Arts & Entertainment Leave a comment

Fans of violin and fiddle music will be treated to a rare Coast performance by premier Canadian player Anne Lindsay on Saturday, Nov. 19. Lindsay’s 40-year career began with classical training, but she gradually moved into other genres including pop, folk, rock, jazz, Celtic, and Klezmer. “I’m a very open player,” admits the talented Lindsay. “I also had really open-minded teachers that allowed me to explore different styles.” She’s played with the likes of James Taylor and Roger Daltry. When Robert Plant and Jimmy Page of Led Zepplin fame wanted to play “Kashmir” with classical strings, Lindsay performed with them in Toronto and Buffalo, NY. When Blue Rodeo needed a violinist, they called on Lindsay, who now performs with them regularly. “I’ve been so lucky to have all these amazing opportunities,” says Lindsay. 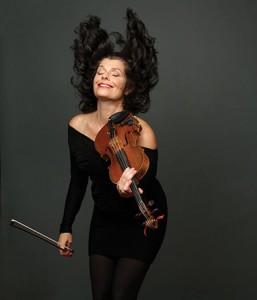 Remaining open to opportunities had Lindsay learning to play nyckelharpa, the indigenous fiddle of Sweden that features four bowed strings and 12 sympathetic ones, often producing an otherworldly sound. She learned to play it for the stage adaptation of The Lord of The Rings. “When you’re already a mature artist, to go back to square one and learn an instrument from scratch was a fantastic experience.”

Lindsay has also built a solid solo career with four CDs to her credit. Her second album, News From Up The Street, co-produced by Oliver Schroer, won two Canadian Folk Music Awards for Solo Instrumentalist of The Year and Producer of the Year, as well as Jazz Violinist of The Year at the National Jazz Awards. Her latest CD, Soloworks, was recorded in Timothy Eaton Church in Toronto, where Lindsay had sung in the choir as a girl. The album is an exploration of genres born of a time when Lindsay “Found myself in a solo place and having to reflect and regroup and get comfortable in that space.”

Lea Kirstein, the new music teacher working with local players Bad to the Bow, invited Lindsay to the Coast and she will be working with the young fiddlers in workshops before they take the stage as her opening act. “I love coming to do workshops like this because I can show kids different styles,” says Lindsay. “I think that’s so important for young players. [To] stay open and equip yourself with the skill set to diversify.” Along with her nyckelharpa, Lindsay will be bringing her masterful playing, genre defying music, and high energy performance. “I’m really excited to be coming. It’s going to be really, really fun.”