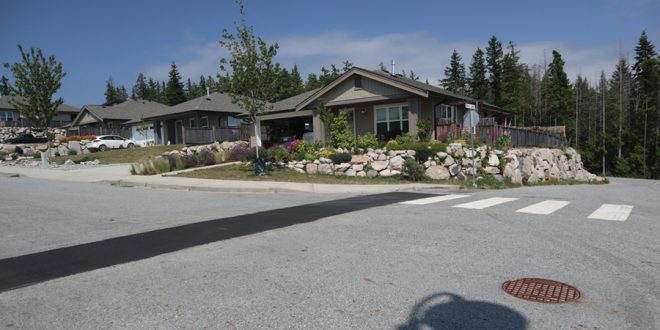 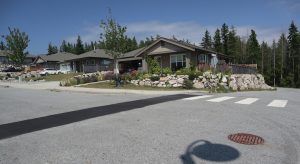 Bollards blocking through traffic on Baillie Rd. in West Sechelt were taken out in May. Based on the results of a study, a District of Sechelt committee voted to keep them out. But council has delayed a final decision to allow residents more time to have input. Connie Jordison photo

Sechelt council deferred a decision on the future of the Baillie Road bollards to its Dec. 18 meeting.  A decision – based on a Nov. 27 committee recommendation to keep the bollards out – was delayed at council’s Dec. 4 meeting in response to concerns about notification processes.

Residents opposed to permanently eliminating the bollards were not in attendance at either the Nov. 27 committee or the Dec. 4 council meeting.  Between the two meeting dates, a handful of impacted residents sent emails to council members.  These requested any decision be delayed until they have time to review the information.

The district temporarily removed the bollards – short, vertical posts to control traffic – and repaved their location in May.  With the bollards out, and Baillie open to through traffic, a 60-day traffic study was conducted.

The report on the study results was considered at the committee meeting.  It showed that with the bollards removed only 30 to 40 additional vehicles made use of the route each day.  Daily traffic flows on Baillie during the review period were less than 200 vehicles per day. The road is designed to handle up to 900 daily vehicle trips. The study also indicated that bollard removal did not impact the speeds at which vehicles travel through the neighbourhood.

Sechelt had made several previous attempts to open Baillie to through traffic over the past six years. Staff have recommended the bollards stay out as they hinder traffic flows and road maintenance. The district has been advised by its insurance provider, the Municipal Insurance Association, that the bollards were a liability as they posed a risk of delaying response times for emergency vehicles.

The bollards were put in place to limit traffic impacts for an established neighbourhood during construction of the Tyler Road condominium project.  In advance of the 2019 study, Baillie Road resident Sid Devries told the Local that bollard installation resulted from negotiations for that project’s change in density from single to multiple family housing. His position was that the bollards were never intended to be a temporary measure.

Councillor Matt McLean attributed the delayed decision about the bollards to the need for enhanced communication between council and district residents. In advance of the Dec. 4 meeting, he posted a summary of that evening’s agenda on Facebook.  He wants to see more opportunities for the public to find out what issues will be coming before council at upcoming meetings.