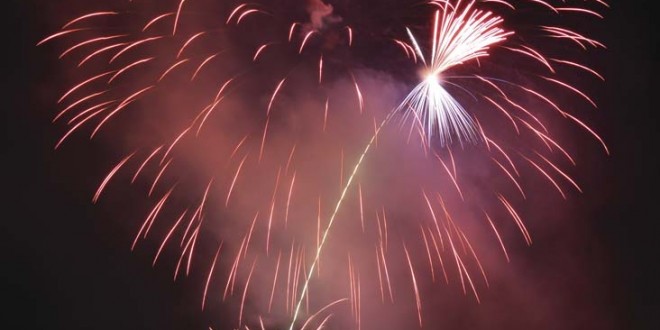 Posted by: The Local Weekly July 29, 2015 in Front Page, News Leave a comment 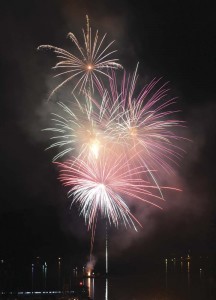 The night sky over Gibsons harbour lit up Saturday, July 25 with the Sea Cavalcade fireworks. About $12,000 worth of pyrotechnics went up on smoke in a crowd-pleasing  20-minute show, put on by Gary Mill of Gibsons. Its been a couple of years since the 47-year-old Cavalcade featured the exploding of a boat in the harbour – it has been out of favour environmentally and this year there was additional concern about the extreme fire hazard. But the explosions in the sky provided a colourful climax to a day of family fun.  Rik Jespersen photo