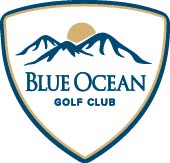 Golfing in Sechelt under a new brand

Posted by: The Local Weekly June 3, 2015 in Sports & Leisure Leave a comment

Staff, management and local media gathered at the former Sechelt Golf Club on Wednesday, May 20 to unveil a bold new vision, name and brand for the twenty year old course above Sechelt on BC’s Sunshine Coast. Blue Ocean Golf Club is the new official name, and a multi-year plan to upgrade every aspect of the course has staff, club members and local golfers excited. With newly hired Red Seal Chef Gordon Clendenning, an expanded team of guest service professionals and Barrie McWha at the helm as General Manager, Blue Ocean is poised to create a true golf destination on the Sunshine Coast.

Plans for the club include a high-end hotel and conference facility, situated right next to the existing log beam, west coast style clubhouse and restaurant. Architectural designs for the hotel are currently at fourth and final reading with the District of Sechelt.

“With Blue Ocean, as the name implies, we plan to create a whole new destination, an entirely new golf and entertainment experience that the Coast has never seen”, said Edison Wang, President of Edison-Mira Group (EMG), and owner of Blue Ocean Golf Club.

According to GM Barrie McWha, an exciting change can also be found in the new faces arriving at the course and restaurant. “We’re witnessing a significant increase in female golfers, as well as younger players who are catching the golfing bug. We’re putting a lot of energy into skills programs and golf clinics to help them enjoy the game, and with the live music on Fridays and Sundays, Mens nights and Ladies nights, we’re injecting a lot of fun into the place.”

To meet the lifestyle demands of both existing members and the new generation of golfers coming in, The Blue Ocean Grill is ramping up its efforts with a healthier menu, frequent entertainment and the recent arrival of seasoned restaurant manager and sommelier, Michael Campbell.

The Blue Ocean Golf Club is open seven days a week, offering a challenging course, and an ocean of fun. Submittted

2015-06-03
The Local Weekly
Share !
Previous: Special Olympics: Soccer and golf season upon us
Next: Spoken Word Festival on June 4 & 5