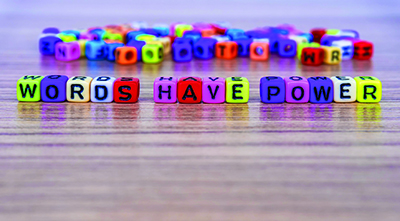 Today’s students have many new things to contend with as they navigate the school year. As a greater number of schools transition to providing lessons, homework and tests on digital devices, students spend much more time online. This connectivity can have many positive results. However, the same availability also opens up students of all ages to various dangers.
One of these dangers is a more invasive form of bullying called “cyberbullying.” The global organization DoSomething.org says nearly half of kids have been bullied online, with one in four saying it has happened more than once.
Cyberbullying has grown as access to computers and devices that offer an online connection has grown. Bullying is now just as likely to occur online as it is on the playground. Cyberbullies may bully classmates through email, social media, instant messaging, and other social applications. Since cyberbullying tends to target emotions and mental well-being and reaches beyond the school campus into a student’s home, its impact can be even more serious.
Cyberbullying occurs in many different forms. Here are some types of cyberbullying educators and parents can look for if they suspect their students or children are being bullied.
• Flaming: This is a type of bullying that occurs in an online forum or group conversation. It’s achieved by sending angry or insulting messages directly to the person. Flaming is similar to harassment, but harassment usually involves privately sent messages.
• Outing: This type of bullying is a sharing of personal and private information about a person publicly. When information has been disseminated throughout the internet, one has been “outed.”
• Fraping: Fraping occurs when someone logs into another’s social media account and impersonates him or her. This could be a child or an adult impersonating the person and posting inappropriate content in his or her name. Sometimes this type of bullying is also called “posing” or “catfishing.”
• Masquerading: Masquerading occurs when bullies create fake profiles so they can harass someone anonymously. The bully is likely someone the person being targeted knows well.
• Exclusion: Sometimes, direct targeting is not necessary. Students can be bullied simply by being deliberately left out, such as not being invited to parties or encouraged to participate in online conversations.
Securing privacy online is one way to prevent cyberbullying attacks. Students also can be selective about who they share personal information with or whose social media friendships they accept. Thinking before posting and paying attention to language and tone can help curb cyberbullying as well. Students should stick together and report instances of cyberbullying if it becomes an issue.

Cyberbullying facts
• The Adolescent Health Survey, 2018, shows that 14 percent of BC students had been cyberbullied (including 23 percent of non-binary youth) in 2018, and 54 percent of BC’s gay and lesbian high school students report experiencing discrimination because of their sexual orientation.
• Bullying/cyberbullying is the top issue reported via the Erase online reporting tool in 2019-20 – 30 percent of reports.
• According to Stats Can, girls are more likely to be bullied on the Internet than boys.
• The most common form of cyber-bullying involved receiving threatening or aggressive e-mails or instant messages, reported by 73 percent of victims (Statistics Canada).
• GetCyberSafe.ca is a national public awareness campaign created to inform Canadians about cybersecurity and the simple steps they can take to protect themselves online.

2021-02-10
Admin
Share !
Previous: Flowers and their various meanings
Next: Round one debate on 2021 SCRD budget complete