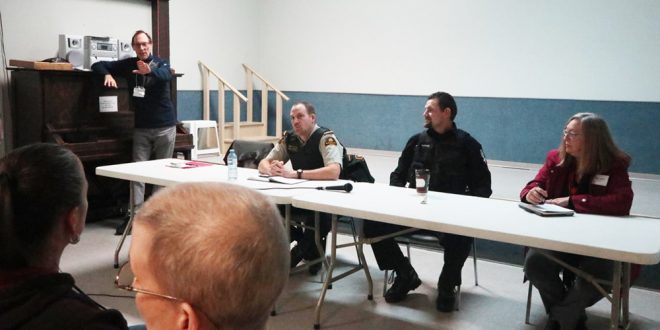 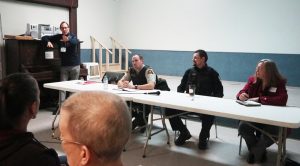 The Davis Bay Wilson Creek Community Association has voted to ask Sechelt to close Davis Bay Pier to
recreational crabbing and fishing. About 70 local residents attended an Association meeting on
November 13 to hear from area Fisheries and Conservation Officers as well as Sechelt’s Mayor about
options to return the Pier to more public use.

Audience members expressed concerns about the health of the fishery in the Pier area, due to what was
cited by one individual as rape by people who overfish and harvest undersized species. Those in
attendance also spoke about swimming hazards created by the amount of discarded and active fishing
gear off the Pier. Concerns were raised about fishermen monopolizing the Pier, as well as unpleasant
fish, crab and bait waste left at the site.

A number of attendees stated that multiple complaints to Fisheries, the Conservation Officer Service,
the RCMP and the District about illegal activities at the Pier have gone unanswered. They reported that
when calls were responded to, little or no enforcement action was taken.

Conservation Officer Leyland Flemming and Fisheries Officer Matt Conley opened the meeting by
describing how fish and crab harvesting regulations are enforced on the Coast. Both noted that they
have limited time to dedicate to monitoring at the Pier, as they are the sole officers for their authorities
in areas that extend beyond the Coast.

Mayor Darnelda Siegers began the meeting seated in the audience. Mid-meeting she was called to the
panel table at the front of the room by the audience to respond to the concerns being voiced. She
initially stated that she was unsure if Sechelt had jurisdiction to close the Pier to fishing and crabbing
activities. Fisheries Officer Conley said that as the District of Sechelt owns the Pier, it could adopt a
bylaw to close the facility to these activities. He added that it would be up to the municipality to
enforce any bylaw it enacts.

The Association membership voted to write the District to request a bylaw banning fishing and crabbing
at the Pier. They will also ask that the situation be reviewed eighteen months after that bylaw is in
place.

Members of the audience stated that if Sechelt had a bylaw and signage about these regulations at the
Pier, residents could conduct education and observation duties related to fishing at the site. They said that with local scrutiny, fishermen will be more likely to obey the rules, keeping the demands for and
the cost of more bylaw enforcement resources at a minimum.

Siegers agreed she would bring the issue of a bylaw before Council for discussion as soon as she can.
She outlined the bylaw development process noting the requirement for a referral process and Public
Hearing before endorsement is considered by Council. She noted that the full process can take two to
three months.