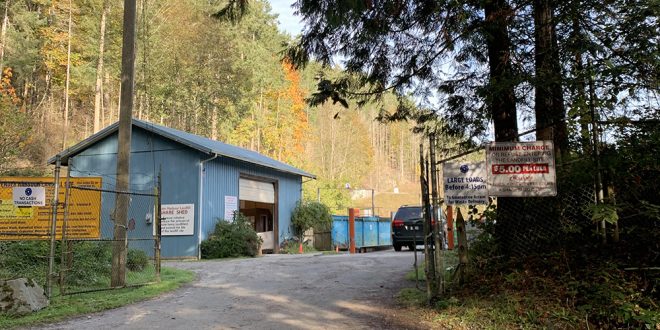 Posted by: The Local Weekly October 11, 2019 in Breaking News, News Leave a comment 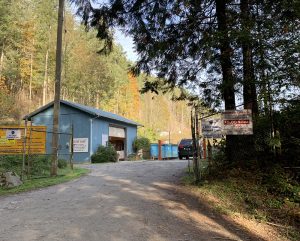 The Pender Harbour Transfer Station was illegally entered sometime between the night of Oct 9 and the morning of Oct 10. Connie Jordison photo

The Sunshine Coast RCMP are seeking public assistance in their investigation of several recent break and enter incidents. At 2:41am on October 10, the Pender Harbour Golf Course was broken into. The RCMP have examined the scene and secured evidence related to the event.

RCMP Staff Sergeant Poppy Hallum also confirmed that during the evening of October 9 or morning of October 10, the SCRD’s Pender Harbour Refuse Transfer Station was also entered illegally. The Station remained closed to the public on October 10. It reopened as scheduled on October 11.

The SCRD has announced that the Sechelt Landfill and the Pender Harbour Transfer Station are unable to accept cash transactions until further notice. Patrons must use debit or credit cards to pay for services at these sites.

The SCRD’s Transit yard on Mason Road was broken into on October 9 sometime between 2 and 4am. Hallum reported that the thieves entered several of the buses and removed money from the fare boxes.

Members of the public with information that they believe could be related to these crimes are encouraged to contact the local RCMP detachment by calling 604 885-2266.