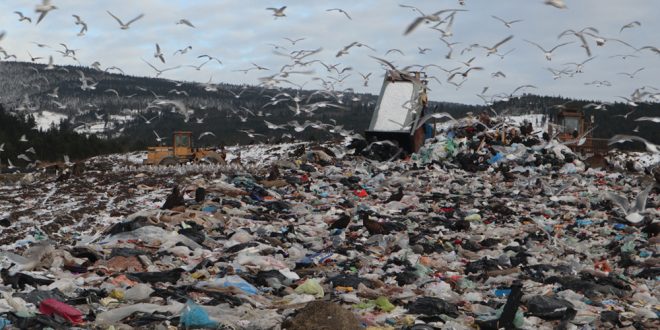 Three Area B (Halfmoon Bay) sites, each over 10 hectares, are to be explored as potential locations to replace the Sechelt landfill. The SCRD board will be asked to vote on taking that action on Jan. 28, based on a Jan. 20 infrastructure services committee recommendation.
The recommendations followed committee review of the initial phases of a Future Solid Waste Disposal Options Analysis prepared by consulting firm Tetra Tech. That document identified exporting waste as another option for future disposal of the area’s garbage. The committee recommended the board look at building a waste transfer location in conjunction with planning for a new landfill. A site to assemble and package waste for shipment off-Coast is needed if the board opts for waste export rather than building a new landfill. Such a site may also be needed as a temporary measure if the board decides to build a new landfill and is unable to open it before the one in Sechelt needs to close.
The analysis examined four routes the region could take to dispose of garbage once its landfill reaches capacity, which the SCRD currently forecasts will happen by 2026. The highest-ranked option was a new landfill, followed by exporting waste off-Coast, expanding the existing landfill or building a waste-to-energy facility.
Opening a new landfill is estimated to cost from $9.5 million to $13.5 million. Developing the facilities needed to package garbage for export is estimated to cost between $2 million and $5.5 million. The more costly landfill development alternative was ranked higher when operational costs were added in. Those costs are forecast at $2.5 million to $3.5 million per year for a landfill, opposed to $3.7 million to $6 million annually for the waste export option.
Along with locations in Area B, the consultant’s explored siting a replacement landfill at a retired mine in Egmont and near the Hillside Industrial Park in the Langdale area. Both were deemed less desirable due to their locations and topography. Tetra Tech noted that the Hillside site had good potential for use as a transfer and load-out location, should the region opt to export its solid waste.
Committee members questioned why a waste-to-energy facility was ranked as the least viable option. Wilbert Yang, Senior Waste Management Engineer with Tetra Tech, advised that although that option ranked the best in terms of reducing greenhouse gas emissions, costs to build one would start in the $29 million range.
According to Yang, increasing capacity at the Sechelt landfill may be possible through a boundary expansion or building a retaining wall to allow waste to be stacked higher than is currently permitted. Such expansions, which are forecast to cost in the range of $1.8 million to $3.9 million, could provide the area with another five years of disposal space. Yang noted that retaining the Sechelt site as a transfer station was worth considering, as transfer stations will be needed if the export of waste is the selected disposal option or if that approach is used temporarily while a new landfill is being built.
Yang also advised that if the board opts to build a new landfill, there is little time to waste in making decisions to get a new site open before the existing one closes. He explained that planning and provincial government approvals would likely take over two years. Design and construction phases would take another two years. Yang stated those time estimates were based on “everything running perfectly.”
The committee also recommended that if the board supports development of a new solid waste disposal site at its Jan. 28 meeting, that it authorize public consultation on that initiative to begin this fall.
Connie Jordison