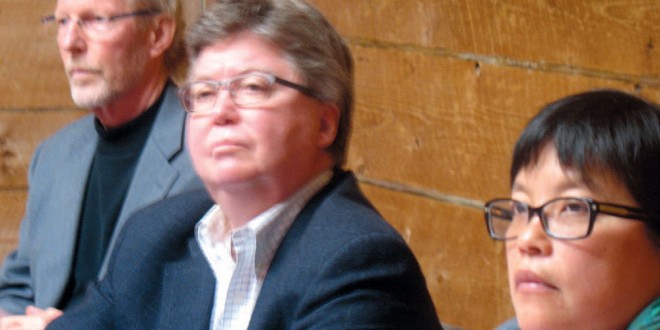 Posted by: mike October 30, 2014 in Editorial Leave a comment 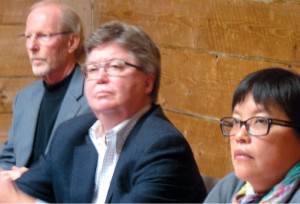 “It’s no surprise to anyone in this room that I think things are a mess at city hall,” Milne said. “There are many, many things that need improving, whether it’s the spending, or the turmoil in the organization.”

Henderson said he intends to continue doing what he has over the past three years – attempting to grow the economy.

Younghusband said she wants to help create a strategic plan that will help Sechelt build on its strengths.

“One of my strengths is that I’m a team player. I can provide the leadership that can hear the voices (of other councillors),” she said in response to an audience question as to why she was running for Mayor without first having been on council.

Milne said Younghusband is running against an incumbent mayor and should consider why she wants to replace Henderson.

Milne said later he was was not suggesting Younghusband would split the anti-Henderson vote, and said he is not worried about vote-splitting.

Each of the three candidates had different views on the issue of medical marijuana growing operations.

Henderson said he understood that medical marijuana companies can provide well-paying jobs; he will support the concept provided the community’s safety is not endangered.

Milne said the main issue is to keep the marijuana away from residential areas and suggested they might best be accommodated in the regional district’s agricultural areas.

Younghusband said: “I’m not a supporter of the idea of growing medical marijuana. I don’t want to validate marijuana to our student population.”

Editorial: Take care of our seniors

Editorial: Feed and exercise your brain

Editorial: Your call is important…