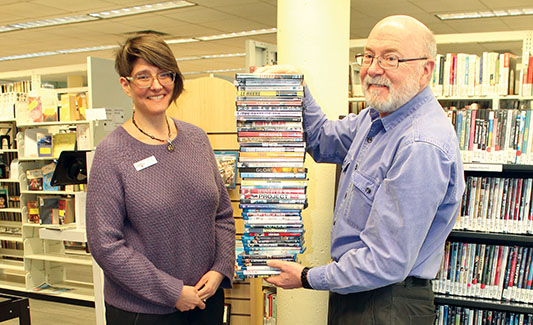 Posted by: The Local Weekly April 19, 2017 in Arts & Entertainment, Books & Beyond, Front Page Leave a comment 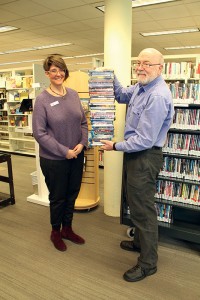 The Sunshine Coast Film Society donates movies that it is finished with to the Gibsons Public Library, where they are available for one-week loans free of charge. Earlier this year, Chief Librarian Tracey Therrien accepted several dozen DVDs and Blu-ray movies from film society chair Doug Dyment. They are titles the film society had shown at the Heritage Playhouse in Gibsons and the Raven’s Cry Theatre in Sechelt.  When “e-copies” for download are counted, the library has several thousand video titles available, including BBC shows and other television series.   Donna McMahon photo