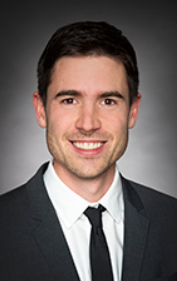 Local MP Patrick Weiler plans to head to Ottawa in the coming weeks. There, he will join the limited number of elected representatives who are part of the in-person debate at the House of Commons. During the second session of Canada’s 43rd Parliament, elected representatives attend in person or via video link – in a hybrid sitting – due to the need to physically distance to help stop the spread of COVID-19. The session began in September and is slated to continue to Dec. 11.
Weiler talked about his plans during his Nov. 12 Zoom check-in call with the Coast, hosted by the Sechelt and District Chamber of Commerce. The session was moderated by Chamber Chairperson John Henderson.
The majority of the questions posed to the MP focused on the federal government’s priorities and how these will impact the Coast. Weiler cited his top area of focus was “ensuring we are on a path towards sustainable economic development.” He said that the recently announced federal investment of $1.7 billion in broadband projects and the continued focus on supportive housing programs are “highly relevant for the Sunshine
Coast.”
In terms of accomplishments, Weiler said he felt his efforts in developing connections to Coast businesses, non-profits, and local governments to address the pandemic were beneficial. He stated that the amount of federal funding that has been approved for infrastructure, culture and recreation projects on the Coast was higher than for any other ridings in the province. Maintaining connections with local residents through efforts like Zoom calls were another area where the MP felt he has been successful.
When asked about help for Sechelt Hospital with non-medical staffing shortages, Weiler said that Canada is looking to increase immigration by 50,000 persons by 2022. He said that 60 percent of the immigrants are to be in the “economic class,” immigrating to take on employment or establish businesses. A long-term follow-up program is to focus on immigrants attracted as caregivers and their families with a review of regulations surrounding the participation of immigrants’ dependents in the workforce. Weiler also suggested that the work and compensation levels for people who work in childcare, and care aide functions, needs review. He would like to see this become a more attractive career choice for residents and immigrants.
An inquiry about improved federal funding for ferry services on the BC Coast evoked a response from Weiler that the province needs to take action to set this in motion. He stated that the Canadian government provides funding to BC for ferry services under an agreement negotiated in 1977. That agreement is indexed to inflation and, in 2020, provided $32 million to the province. Weiler noted that the federal government has also provided tax breaks on the purchase of new ferries. He highlighted the federal safe re-start funding that helped offset the operational cost shortfalls at BC Ferries experienced due to the COVID-19 pandemic as another form of federal support. Connie Jordison