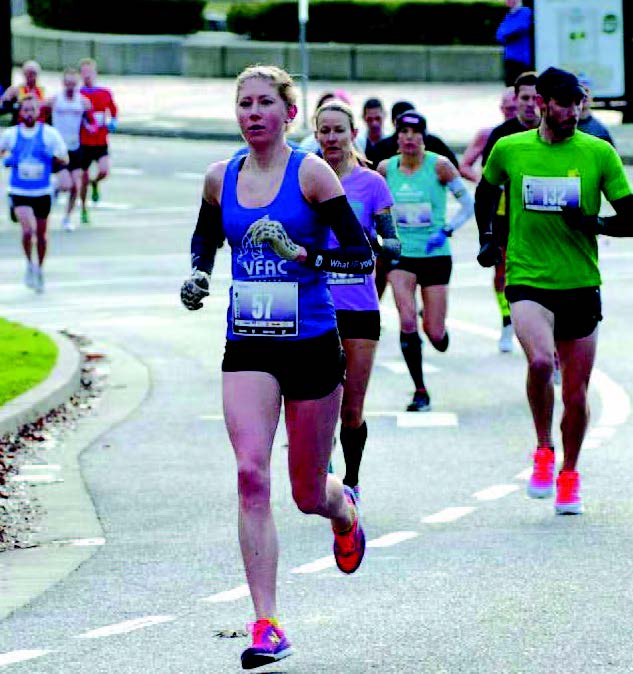 Posted by: Admin October 1, 2014 in Sports & Leisure Leave a comment

Kim Doerksen of Gibson, B.C. won the half marathon in Kelowna in September and buried even her male competitors at the 2nd annual Kelowna Wine Country Half Marathon.

The 23-yr-old ran the 21.1 kilometre race in 1:15:55, beating her own course record by over two minutes which she achieved at the Local runner triumphs in Kelowna first ever event last year.

Doerkson told an Okanagan newspaper, “I like being a girl and beating the boys.”

Doerkson won the Vancouver half marathon in May and amazed that large volume of those competitors as well.

“I didn’t know how far under I could go. I just kept pushing and stayed with the boys.” Doerksen told Running Magazine. She also noted that she ran with one of her male training partners from the Vancouver Falcons.

Doerksen also won the April Fools half marathon on the Sunshine Coast in April, with a fair number of Lower Mainland and athletes from elsewhere also in the challenge.

Tagged with: half marathon in Kelowna Kelowna Wine Country Half Marathon Kim Doerksen