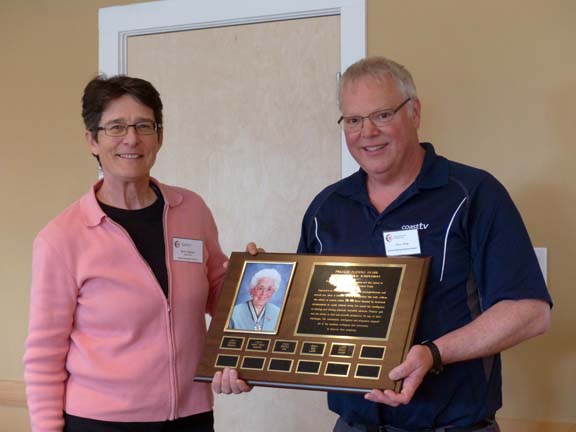 Posted by: The Local Weekly April 15, 2015 in Local Community, News Leave a comment 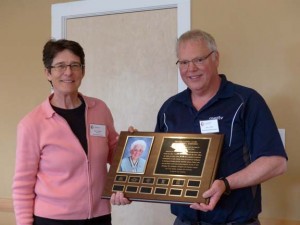 Frances Fleming – the first female school superintendent in B.C. – is described as someone who loved children, was always forgiving, someone who was always interested in the next step, was well read, understood the “strays,” was always prepared, gave everyone a chance to be supported and nurtured and continued to always be an advocate for change.

The committee unanimously selected Steve Sleep for this honour. Steve was born and raised on the Sunshine Coast and attended Gibsons and Langdale Elementary Schools and in 1976 graduated from Elphinstone Secondary School. After graduation, he received technical training at the CBC TV studios, eventually moving on to working in the feature film industry before settling back in Gibsons to work for Coast Cable and to raise a family. During his work at Coast Cable, he volunteered to work with Marta Mackown, teacher of the TV class at Elphinstone Secondary. Steve really enjoyed sharing his new skills with Marta and her students and in May 1985, he was hired as the programming manager for Coast Cable to manage the Community Channel, making community television shows and working with TV students and the community.
Submitted