Man charged with slaying his mother 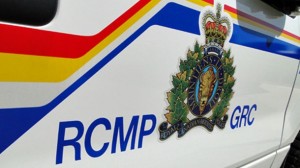 A Sechlet man has been charged with the October 1 murder of his mother at a residence in Sechelt, B.C. The Integrated Homicide Investigation Team (IHIT) says Donovan Penner, 47, is charged with 2nd-degree murder in the death of his 67-year-old mother, Esma Lachance.

IHIT says the Sunshine Coast RCMP and B.C. Ambulance were called to a home in the 5200 block of Selma Park Road in Sechelt just before 1:30 am, and quickly determined from the nature of the injuries that foul play was involved.

IHIT spokeswoman Staff/ Sgt Jennifer Pound says Lachance was the intended victim of a targeted attack and there is no threat to anyone else in the community. Penner is scheduled to make his first court appearance via video in Sechelt Provincial Court, October 15.