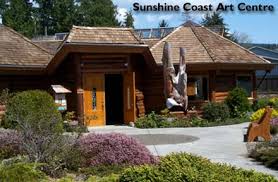 Posted by: The Local Weekly September 6, 2017 in Arts & Entertainment Leave a comment

Mark Leiren-Young is a journalist, filmmaker, and author of numerous books. His book, “Never Shoot a Stampede Queen,” won the Stephen Leacock Medal for Humour, and his latest book about the orca Moby Doll, “The Killer Whale Who Changed the World,” published by Greystone Books in partnership with the David Suzuki Foundation, was nominated for The BC Hubert Evans Prize for Non-Fiction. An article for the “Walrus” about Moby Doll was a finalist for the National Magazine Award, and he won the Jack Webster award for his CBC Idea’s radio documentary on the whale. As a journalist Mark has written for TIME, Maclean’s, The Hollywood Reporter, The Walrus and most of Canada’s daily newspapers.

If you missed his captivating presentation at The Sunshine Coast Festival of Written Arts this is your chance. If you were there, you’ll know he left us wanting to hear more.

Leiren-Young appears Saturday, Sept. 23 at the Arts Centre in Sechelt, with doors at 7:30pm. Admission by donation.