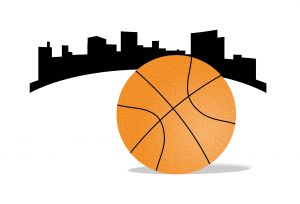 Posted by: The Local Weekly November 1, 2017 in Sports & Leisure, Uncategorized Leave a comment

Hellooo sports faaans. October was the month for our fall/winter season sports to really get underway.

For the third year, Douglas College women’s basketball team held a skills camp for our SOSC teams. On Sat. Oct. 21 at Elphinstone Secondary, 18 athletes participated in warm-ups, drills and skills finishing off with an ‘Athletes vs. Coaches’ game, the result of which, was 3-1 for the athletes.

Recently, I ventured out to the Sechelt Learning Centre gym to watch a practice for rhythmic gymnastics and meet two athletes new to Special O, Hailey Borowski and Sena Wetherby. Newcomer Sena said that her reason for joining Special Olympics was “fun”. Is there any other reason? Another newcomer to rhythmic gymnastics is seasoned athlete, Ryan Van Luven, a first for our local. Local coordinator Pat Stuart informed me that male athletes are able to practice with the team but at the moment, may not compete. Way to go Ryan, for leading the way.

Head coach Grace Gardner led all the athletes through warm ups and many ribbon and ball routines. Grace’s manner with the athletes is genuinely encouraging and it shows in the athletes’ performances. Her goals for the season are to “brush up on foundational skills and prepare for a performance at the July volunteer banquet”. I’d say that those goals are more than achievable.

Coach Mike Gojevic reported that the floor hockey team had a great first practice. The Bears meet in the same gym on Tuesdays immediately following rhythmic gymnastics. I spoke briefly with athlete coaches, Michael Brooks and Derick Pye. Michael told me it was “awesome” to have the opportunity to help his fellow athletes learn the game, a feeling that is shared by Derick.

Swimming has been going, well… swimmingly. Novice swimmers have been taking to the lanes at the Sechelt Aquatic Centre on Wednesdays and enjoying one-on-one coaching. Advanced swimmers train on both Mondays and Wednesdays. All athletes, especially Nationals’ trainees, Genny Verge and Stephanie Rogers, have been working very hard both in the pool and out, hitting the gym and cross training.

Head swimming coach Cathy Verge had this to say: “We have a great team of athletes, coaches and volunteers this season and I’m looking forward to the best one yet. Our goal this season will be to help our athletes reach their best, participate with our local swim teams in fun competitive inclusion meets, and to get off Coast and shine as a team. We are the Orcas.”

Until next month, remember Special Olympics is more than an organization, it’s a way of life. In the meantime, join, support, volunteer, donate or come out and cheer us on. Thanks for reading.

2017-11-01
The Local Weekly
Share !
Previous: Simons: Progressive legislation in the works
Next: A Canucks ’emergency’