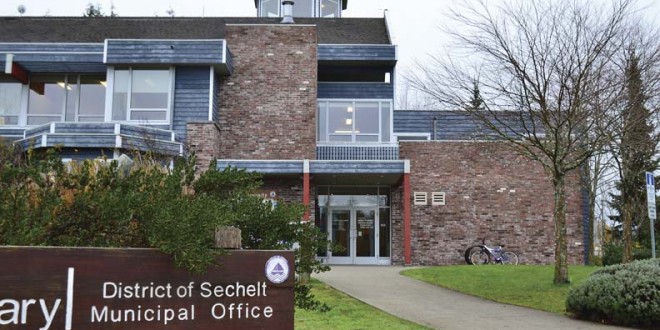 Milne: Why a Sechelt tax increase is needed

Posted by: The Local Weekly March 15, 2017 in Government & Politics Leave a comment

While budget numbers are still being debated, an increase of 6.42 per cent  in the general tax rate has been identified as needed to fund required investment in District infrastructure and to sustain operations in 2017.

There are two primary reasons for an increase in the 2017 Budget: community growth and full cost budgeting. For example, higher levels of funding are needed to ensure infrastructure projects that have been on our books for a number of years, including Trail Avenue improvements, the Davis Bay Float and an Operations (Parks and Public Works) Centre, have adequate funding in place to be completed.

Over $400,000 is needed in the operational budget to maintain District services at 2016 levels.  Not only is our community growing, inflation has increased costs and District taxation over the past five years has not kept pace.  The District, like individuals and businesses, faces increases for hydro, vehicle maintenance, water and natural gas costs.  In addition, we are facing increased costs for RCMP services and wages for employees .

A change is also being considered in how the District allocates costs for wastewater (sewer) services.  In 2017, the full cost of providing the service, which includes portions of centralized Finance, Human Resources and Administrative resources used to support the sewer service are to be covered by fees charged to users of that system.  While new users are being connected and will be contributing, an increase in sewer user fees of up to $173 for properties with access to the sewer system is being proposed.

In the 2016 contract for garbage and curbside recycling, the amount being charged by the service provider increased.  Again, those costs need to be allocated to the properties that benefit from that service.  A fee increase of $10 per property, starting in 2017 is being proposed.

The average assessed value of a single family home in Sechelt is about $430,000.  Based on the proposed 2017 budget, the annual District portion of the property taxes on an ‘average’ property could increase by about $78 over 2016 levels.  The average property pays about $108/month for municipal tax portion of property taxes, similar to what they might pay for cellphone or cable and internet services.  Municipal taxes fund local roads, policing, library, and parks, things that our residents value and want to see maintained. If we want it, we need to share in paying the cost to have it.

Council encourages residents to take the time to review the draft 2017 District budget, so that you understand what changes are being made and why.

Through our public engagement process, adjustments have been made to our draft budget, including, as one example, funding 2017 Liquid Waste Management planning from general tax revenue, rather than allocating  this to sewer user costs.  We thank all who have provided input and questions to date, and we will continue to welcome and respond to these at info@sechelt.ca until our Financial Plan and Tax Rate Bylaws are adopted in May, 2017.