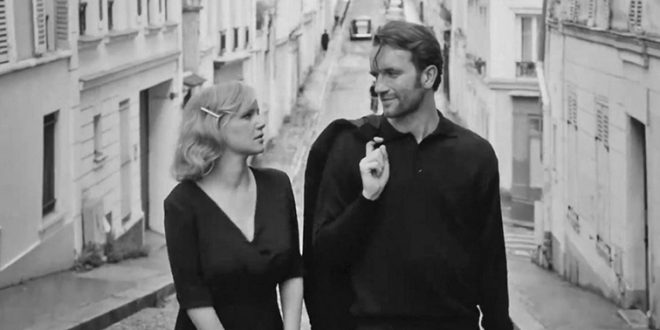 Mismatched lovers in the “Cold War”

Posted by: The Local Weekly January 22, 2020 in Arts & Entertainment Leave a comment 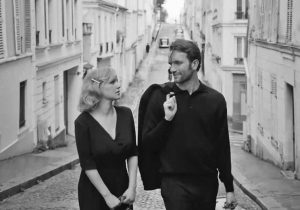 A still from the movie “Cold War”, being presented by the SC Film Society. The film features a passionate but bittersweet love story and a wide-ranging soundtrack of music. Amazon Studios photo

A passionate love story, “Cold War” is a bittersweet ballad of two mismatched lovers who meet in the ruins of post-war, communist Poland.

Wiktor, a genius musicologist, is travelling through rural Poland to salvage examples of the old folk music and create a folk troupe to perform them. While auditioning singers, he falls in love with the unforgettable Zula and their on-again, off-again relationship begins, taking them from dreary 1950s Poland to the smoky jazz clubs of Paris in the ‘60s.

The wonderful soundtrack, ranging from folk to jazz, blues, and rock becomes the background of their obsessively enduring relationship. They can’t stand to be apart, but can’t handle being together.

The striking black and white cinematography by Lukasz Zal was nominated for an Oscar and director Pavel Pawlikovski (who dedicated the film to his parents) won Best Director at Cannes 2018, the most impressive Cannes success for Polish cinema since “The Pianist” won the Palme d’Or in 2002.

Pawlikowski packs a lot into the film’s 89-minute running time. Said by some critics to be one of the finest movies of the decade, it is a gorgeous tale, as rocky as it is romantic.

“Cold War” screens Thursday, Jan. 30, 2pm at the Raven’s Cry Theatre in Sechelt, and Monday, Feb. 3 and Tuesday, Feb. 4 at 7:30pm at the Heritage Playhouse in Gibsons. Please note, members can now buy on-line advance tickets for both Gibsons and Sechelt screenings. SCFS members $5, others $9.

2020-01-22
The Local Weekly
Share !
Previous: A bygone battery at the museum
Next: Someone stole the greenhouse