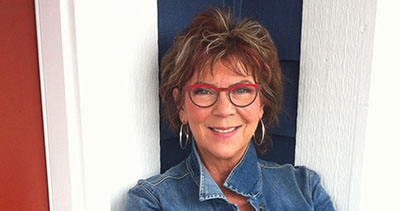 Posted by: The Local Weekly April 19, 2017 in Arts & Entertainment Leave a comment

Better At Home is a social service program that helps older adults live independently at home by providing non-medical supports like friendly visiting, housekeeping, transportation, minor home repairs and light yard work. The program is funded by the province and managed by the United Way of the Lower Mainland in partnership with Sunshine Coast Community Services. “Elders need to be respected and cared for,” says Jane Mortifee, who is headlining a benefit concert to raise money for the program. “It’s a wonderful way for others to serve the community [by volunteering] and it builds community.” 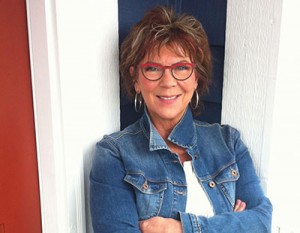 Jane Mortifee headlines a concert April 29 at the Raven’s Cry Theatre in Sechelt that will raise money for the Better at Home program that helps seniors live independently. Photo submitted

Mortifee has had a long and successful career as a performer, getting her start when she sang in the rock opera Tommy in 1971. She went into theatre at the University of British Columbia and had her first professional paying gig in Godspell in 1974. “I never looked back,” says Mortifee. “From there I started doing studio work and singing with bands in clubs and doing theatre. I never lacked for work.” Over the course of her career, she has been nominated for three Jessie Awards, one ACTRA, was inducted into the BC Entertainment Hall of Fame in 2002, and once sang back up for Ray Charles when he was in Vancouver performing at the Variety Club Children’s Telethon. These days Mortifee does most of her singing at benefit concerts. “I’m so grateful I’ve been able to make a living in this industry” she says. “I still get to sing and now I can offer something that hopefully makes a difference on some scale for those in need.” Mortifee will be singing with Sound Eclectic, a 20-member choir based in Vancouver, directed by the accomplished Kathryn Nicholson. She’ll also be singing some solo pieces accompanied by Ken Cormier on piano and Rene Worst on bass. All the performers involved are being billeted by community volunteers and are waiving their performance fees and absorbing travel expenses to perform at the concert with all proceeds going to Better At Home. “It’s a gift to be able to give back in this way,” says Mortifee. The concert will feature “a combination of some wonderfully rousing enthusiastic pieces to some very tender moments,” promises Mortifee. “What’s better than listening to good music that stirs you and soothes you? I think music is magic.”

2017-04-19
The Local Weekly
Share !
Previous: Library stocked with new films
Next: Busy April at the museum