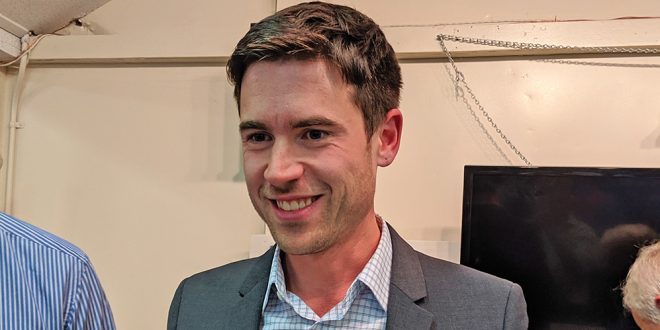 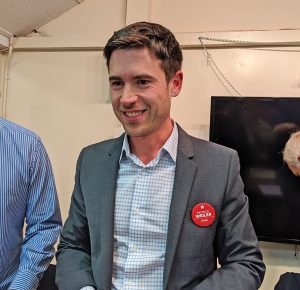 Liberal MP-elect Patrick Weiler was in Ottawa this week, learning the ins and outs of being a Member of Parliament. File photo

Member of Parliament-elect for the West Vancouver-Sunshine Coast-Sea to Sky Country riding Patrick Weiler, was headed to Ottawa this week to get his bearings.  He will be attending House of Commons orientation sessions.  There he will be learning about the many administrative details involved with being an MP as well as checking out places to live and to set up an office.  “There’s a lot involved.  It is kind of like drinking water from a firehose,” Weiler told the
Local.

As a lawyer, Weiler has experience setting up companies, societies as well as other organizations. He is drawing on that experience to help in the transition to his new role.  Our area’s newly elected federal representative has also received some help with those details through meetings with former riding MP and fellow Liberal, Pamela Goldsmith-Jones.

When asked about his priorities for the upcoming parliamentary session, Weiler said his focus is to be the best possible representative for the riding.

“I think climate change was a defining issue in the election.  Two-thirds of Canadians voted for parties that have a strong climate plan,” said Weiler.  He is eager to see work resume on the foundation that Justin Trudeau’s Liberal government has built in this area.  He also noted that during campaigning in the riding, the subjects of housing affordability, the need for different levels of governments to work together effectively and the strengthening of environmental legislation were raised frequently.

Over the past week, Weiler was interviewed by Radio-Canada about what it means to be a millennial and an MP.  This was conducted in French, which Weiler began speaking in an immersion program in grade school.  He also spoke both official languages during four years of studies at McGill University in Montreal.  At this point, he feels his skills in French needs some polishing, but is confident that he can get them back in shape quickly.