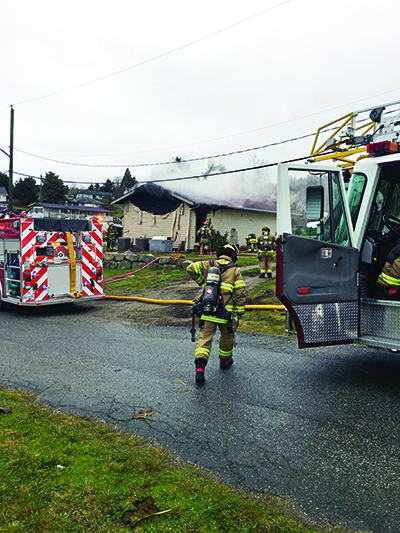 The Sechelt Fire Department attended a building fire in the 5500 block of Sinku Drive on Monday. It was determined that the structure was being used as a Marijuana grow operation, so firefighting tactics were defensive at first until power could be shut off. Once off, fire crews entered the structure and fully extinguished and overhauled the fire. The building sustained considerable damage but is salvageable. No injuries were reported and the cause of the fire is still under investigation. Michelle MacNeill photo