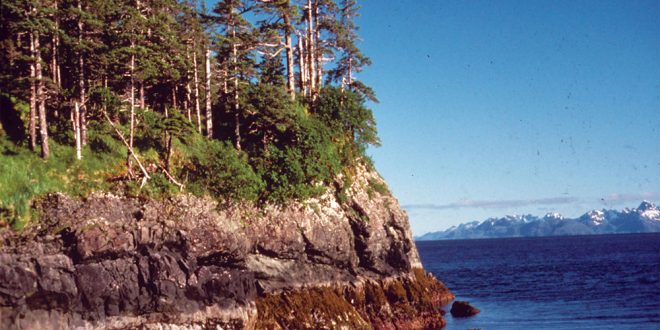 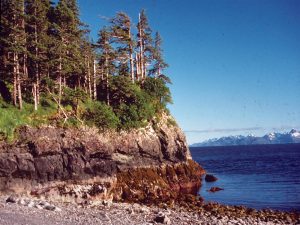 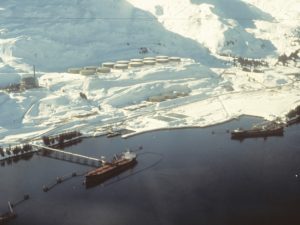 It is well known that oil and water don’t mix.  And the Pender Harbour Wildlife Society will hear next week about the world’s most damaging example: the March 24, 1989 accident in which the tanker Exxon Valdez hit a reef in Prince William Sound in Alaska and spilled more than 10 million US gallons of crude oil. These photos were taken, in 1989, by Andrew Teal, who spent three years as a manager of the “shoreline cleanup advisory team”. (The top photo shows the shoreline in the area, which looks a lot like the Sunshine Coast; what looks like it might be an oil stain on the rocks is in fact black lichen. The lower photo shows tankers in the area shortly after the spill.) Now, almost exactly 31 years after the accident, Teal has retired from Imperial Oil and is living in Madeira Park.  He will give the inside story of the cleanup, and will discuss spill response preparedness on the Sunshine Coast.  The talk is free, and open to all; Tuesday, March 17 at Christ the Redeemer Church (next to the high school) in Madeira Park; doors at 6:30pm, presentation at 7pm. Andrew Teal photos