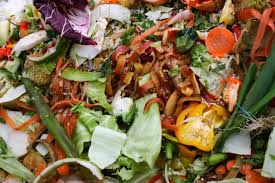 Posted by: The Local Weekly July 26, 2017 in Breaking News, News Leave a comment

The SCRD is wrestling with how to extend the lifespan of the Sechelt landfill, which has only another 10-12 years of capacity.

Currently, almost half of the garbage received at the landfill is organic material (green waste, food scraps and food soiled paper), so in 2016 the SCRD identified organics diversion as the most promising strategy to extend the landfill’s lifespan.

A draft regional organics diversion strategy, prepared by environmental consultant Carey McIver, was presented to the infrastructure services committee on July 20. It proposed the following actions:

• Investigate a subsidy for backyard composters.

Although all those strategies combined would divert an estimated 52 kg of food waste per resident annually, McIver calculated the impact on the Sechelt landfill as only 11 to 15 months of additional life. McIver’s numbers are based on the recent experience of other BC municipalities. She noted that not everyone participates in programs, and that some material is problematic – for example, commercial food waste that is packaged can’t be composted.

Directors were concerned about adopting the draft strategy without having cost estimates in hand. But Area F Director Ian Winn urged the board to move forward as fast as possible.

“I’m very concerned about the need to address this,” said Winn. “I think we should be moving forward quicker and in a collaborative method, messaging to all of the Coast that we are on the cusp of a crisis.”

Area E Director Lorne Lewis concurred. “I can remember the costs we incurred in closing the Pender Harbour landfill. The longer we can forestall closing the Sechelt landfill, the better. We don’t even have a clue where we would have another landfill.”

Staff confirmed that no site for a replacement landfill has been identified.

The committee adopted the draft strategy with the proviso that it remain a draft until an implementation plan is developed. They also asked staff for reports on a number of topics including how best to manage conflicts with wildlife, the possibility of banning residential organics, and the feasibility of letting individual properties opt in or out of curbside pickup.

Meanwhile, the Town of Gibsons received the results of a community survey on organic waste diversion at its July 26 council meeting. Forty-five percent of the residents who received surveys by mail sent in responses (906 total), which indicates very strong interest in the topic.

Among the survey’s findings were that half of residents are already composting, and that 70 per cent of residents fill their garbage can 50 per cent or less each week. Town staff estimate that a diversion program would have little effect on those who currently compost but would provide an alternative for those who do not, especially strata residents.

Support for organics diversion was high, but 60 per cent of survey respondents preferred a drop off option to curbside collection.

Grayco Ventures has submitted a proposal for a curbside service which will be reviewed by Gibsons council in the fall.  Donna McMahon