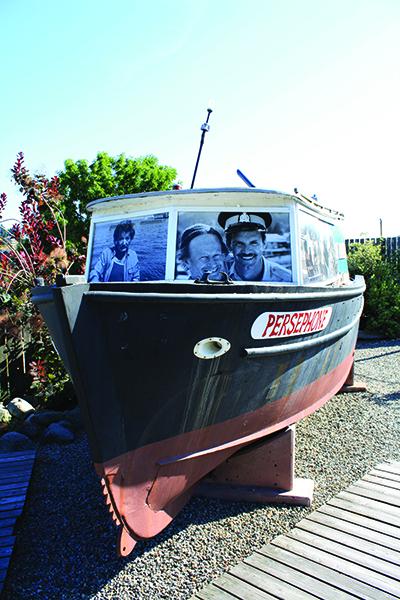 Persephone to be relocated

BC Ferries has committed to funding the restoration of the Persephone – the wooden vessel made famous by the long-running Beachcombers television series. The 55-year-old boat has been a popular attraction since 2007 when it was first placed at the Five Corners intersection of Gibsons Landing. In addition to a major restoration, the Persephone needs a new home, as the lot where she now sits is slated for development. The aim is to have the restoration and relocation project completed in 2022, which would coincide with the 50th anniversary of The Beachcombers debut on CBC-TV. Michelle MacNeill photo