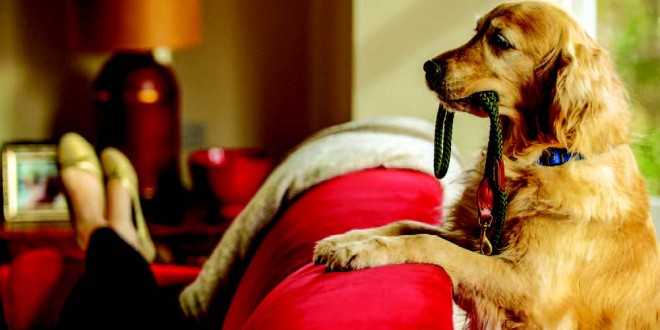 Posted by: Editor May 24, 2016 in Local Community, Pet Smarts Leave a comment

A 2014 survey of Canadians revealed that 34 per cent of Canadian households contain at least one dog, resulting in an estimated 2014 population of 6.4 million dogs in Canada. This study was done on behalf of the Canadian Animal Health Institute by Ipso Forward.
Dogs generally are cooperative and social animals and live in harmony with people but sometimes dogs bite. Studies reveal that dogs who are anxious or fearful are more likely to bite so there is a lot people can do to avoid raising dogs who are likely to bite. People can also avoid specific behaviours that may result in a bite from a dog.
A study led by P. Rezec at Mendel University in the Czech Republic and published in 2015 analysed the behaviours of people immediately preceding a bite to the face and the ages and other details of the victims.
The researchers found that the top three behaviours preceding a bite to the face were (1) the human bending over a dog, (2) the human putting their face close to the dog’s face, and (3) gazing between victim and dog. The bites occurred in 76 per cent, 19 per cent and 5 per cent of the cases, respectively.
In this study, more than two thirds of the victims were children, none of the victims was an adult dog owner and it was only adult dogs that bit the face. More than half of the bites were directed towards the nose and lip areas of the victim’s face.
A study also published in 2015 and led by N. Lakestani at the Universidad Andrés Bello, Santiago, Chile investigated whether preschool children can learn how to interpret dogs’ behaviours, with the purpose of helping avoid dog bites.
Three to five-year-old children were divided into two groups. One group received training on dog behaviour while the other group acted as the control group and did an activity related to wild animals. The group who received training in dog behaviour were reported to be significantly better at judging a dog’s emotional state and were able to refer to relevant behaviours to support their judgement after the training. The control group’s responses to test questions did not change between the two testing times. The results of this study are promising as they indicate that preschool children can be taught how to correctly interpret dogs’ behaviours.
Everyone can help avoid dog bites by avoiding risk factors such as bending over the dog, putting the face close to the dog’s face and gazing between human and dog. Children should be carefully and constantly supervised when in the presence of dogs and educated regarding interactions with dogs.
Dog owners can help their dogs by providing appropriate socialization and reward training for their dog. If a dog suddenly appears uncomfortable in normal situations, a trip to the vet is in order to identify and treat any changes in the dog’s health. Everyone can learn about dog body language and recognize when a dog is stressed or uncomfortable.