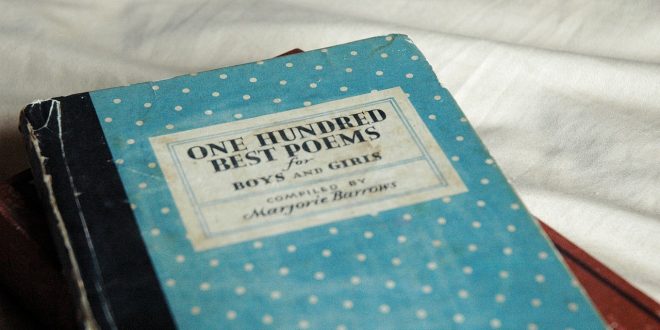 Poetry Month at the library

Posted by: The Local Weekly April 17, 2019 in Arts & Entertainment, Books & Beyond Leave a comment

Poetry. Are you thinking now of Wordsworth, Milton, Petrarchan sonnets and the drone of a fly against a window on a muggy June afternoon in your high school portable classroom? Or maybe you’re thinking about advertising, as in “Kills Bugs Dead,” the slogan for Raid, often attributed to the American poet Lew Welch. Or maybe you think of the poem that imagines actor James Franco spying on a young gay man’s evening out with his partner (by Vancouver poet Daniel Zomparelli). Poems about lakes, poems about pap smears, poems that consider a permanent solution to the neighbour’s barking dog (“Another Reason Why I Don’t Keep a Gun in the House,” by Billy Collins), poems that laugh, poems that defeat, poems that revise language itself.

Yes, it is National Poetry Month and the library celebrates with a number of events. On Saturday, April 20 at 2pm, experience “Force of Nature,” a double book launch with Heidi Greco and local poet Marion Quednau. Aspiring writers ages 11-16 are invited to “Poetic Play,” a workshop on Wednesday, April 24, 3:30-5pm, with visiting poet Isabella Wang. At 18 years old, Isabella is herself a young poet, but with a publication history that rivals writers twice her age – her work has appeared in numerous literary magazines and she is a two-time finalist for The New Quarterly’s Edna Staebler Essay Contest. Then, at MUSE: Open Mic (April 24, 6 pm), sign up to share a poem or three. To cap off the evening, Isabella Wang will share some of her own work, too.

If open mics aren’t your thing, you can still share your poetry with your community. Come by the library and “pick a prompt, pen a poem and put it on the poetry line.” See that alliteration? Poetry, man. Yeah. (Cue snapping fingers.) (Also there’s more to poetry than alliteration.) (But alliteration is good, too.)