On March 18, a Coast resident reported falling victim to a scam after receiving a shipping notification email that appeared to be from a company she on-line shopped with. The email asked the resident to confirm her financial information, which the resident did before realizing the email was fraudulent. The resident contacted her credit card company right away and was advised that there had been a very small purchase put through, which is often done as a test by scammers to see if the account is active. The resident cancelled her credit card, and the credit company has flagged her account for any further suspicious activity. To learn more about these and other types of common scams, please visit sites such as the Canadian Anti-Fraud Centre at www.antifraudcentre-
centreantifraude.ca or the Better Business Bureau at www.bbb.org.

On March 17, a Coast resident reported falling for a fraud after attempting to get a refund from an airline after cancelling a trip due to COVID-19 travel restrictions. The resident called the number for the airline, and after being transferred a number of times from person to person in an attempt to get to someone who could assist her with processing the refund, she ended up speaking with an unknown person who advised the resident that she would get her refund after first paying the airline a portion of the monies owed in Google Play cards. The resident did as she was instructed, and after giving the scammer the card activation codes, she was asked for even more Google Play cards, at which point she realized she’d been scammed.
Unfortunately, the resident will be unable to recoup the costs of the gift cards. Police remind the public that you should never have to pay to receive a refund or prize winnings, especially using any type of gift cards. To learn more about this and other popular scams, please visit sites such as the Canadian Anti-Fraud Centre at www.antifraudcentre-centreantifraude.ca.

On March 16, police received a report from a local boater of a youth found drifting in a dinghy near Poise Island, Sechelt. The boater advised that the youth refused to come to shore with him, so he left the youth with a life jacket and paddle before calling police. Shortly after this, police received a report of a missing youth from a nearby neighbourhood in Sechelt. Both the description of the found and missing youth appeared similar enough to suggest they were the same person, so police, with the aid of a local boater, went out onto the water and located the youth and dinghy near the east side of Sechelt Inlet. Police confirmed the found youth was the same one reported missing and towed the dinghy back to shore. The youth, who was unharmed, was warned about water safety and transported back to the family home. 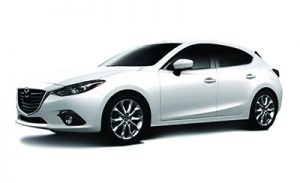 Stolen Mazda 3
Sunshine Coast RCMP are asking for the public’s assistance in locating a vehicle that was stolen from Roberts Creek on March 18.
The white Mazda four- door hatchback with BC license plate DV341F had been parked in the 1900 block of Lower Road.
If you have seen this vehicle, please call Sunshine Coast RCMP at 604-885-2266.

On March 16, at approximately 6am, the Sunshine Coast RCMP received a 911 call from a man stating he had been shot in his residence in the 6100 block of Fairway Avenue inSechelt.

Police and paramedics attended and located a 36-year-old man with a single gunshot to his abdomen. Half an hour after the first call to 911, another man called police to report he was turning himself in at the Sechelt detachment. Police attended and took the 46-year-old man into custody and seized a firearm. The gunshot victim was airlifted to Vancouver General Hospital, where he underwent surgery and is in critical condition.

The Sunshine Coast RCMP believe that this is an isolated incident between two men who are known to each other and not a random incident. The accused male is being held in custody, and the investigation is ongoing. There is no ongoing risk to the public.