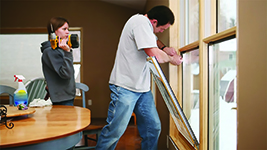 Posted by: Admin March 17, 2021 in Uncategorized Leave a comment

A new BC Hydro report finds while COVID-19 caused home renovations to spike, about 20 percent of BC homeowners regret their choices because they focussed on aesthetics instead of increasing their home’s value.

The report titled ‘Room for improvement: Why British Columbians are experiencing renovation regret after making home upgrades’ finds over half of BC homeowners have completed a renovation since the pandemic began because they are spending more time at home. Improving aesthetics (35 percent), comfort (29 percent), having more free time to finally make changes (10 percent) and saving energy (10 percent) were the primary motivators for the improvements.

While many are happy with the outcome, there are some that would do things differently given another chance – particularly those that did the renos themselves. More than half of DIYers would change some of their choices. When it comes to past decisions, BC homeowners’ top regrets include bathroom and kitchen renos followed by flooring changes. At the root of these regrets was the wish they had used different products, spent more time planning or invested the money to do the renovation they really wanted.

Adding to this is the focus on aesthetics, which about 60 percent of BC homeowners think will increase the resale value of their home. However, these changes do not necessarily increase or maintain the value of a home long-term. Maintaining worth depends heavily on energy-saving and maintenance upgrades such as updating the heating/cooling system and replacing windows, doors and roofing.

Despite some past regrets, BC homeowners are not slowing down this year. More than 40 percent are planning a renovation or home improvement project this spring.

Submitted by BC Hydro

2021-03-17
Admin
Share !
Previous: Renovation trends for the year ahead
Next: The flood resilience challenge