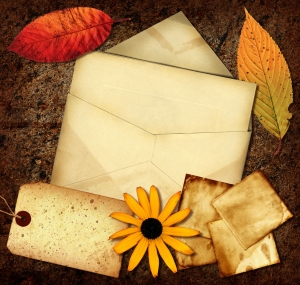 Posted by: Admin September 24, 2014 in Letters To The Editor Leave a comment

I attended Bruce Milne’s event announcing he wants to be mayor this past Monday evening. I feel compelled to write because many of the things he publicly said were misrepresentations of the truth, while others just propagated gossip and rumour rather than facts. Mr. Milne promises that he will have total transparency when he is elected. He will have fewer in camera meetings compared to public ones. As far as I know, in camera meetings are strictly controlled by the Local Government Act. Is Mr. Milne accusing the DOS staff of breaching the Act? Mr. Milne said that his is a campaign of “the people” who want a better Sechelt and that “we” could campaign on his behalf in any way we saw fit. He mentioned that one such member of the public had kindly printed fliers announcing this meeting and put them on cars downtown and that this same citizen had bumper stickers “we” could have. Needless to say, the bumper sticker’s message is the stuff of a schoolyard bully. Mr. Milne thinks he is being very clever by distancing himself from this sort of unsavoury campaigning; he can always fall back on the excuse that it’s the campaign of “the people”, not him, who is resorting to smear tactics. But if you can’t be transparent from the get go, how can you be transparent if elected? I left the Seaside Centre with a bad taste in my mouth. The better part of the evening was spent criticizing and embellishing. Nothing concrete was said on how Milne and his imagined council would indeed make Sechelt a better place other than what we already have: a senior citizens’ haven, a tourist destination and a wonderful place to live. He said he wanted to attract young families but couldn’t say how they would contribute economically other than buying a house. Mr. Milne, may I remind you that young people need a decent job to buy a house! Finally, Milne referred to Shakespeare’s “I come to bury Caesar, not to praise him” soliloquy.. So he doesn’t even know his Shakespeare! Antony’s speech veils his intent which is actually to undermine everything Brutus just said about why Caesar had to die.. It is irony at its finest. Antony means the opposite of what he says, in other words, he doesn’t think that Caesar needed to die and he makes the crowd begin to doubt it too.. The art of persuasion in politics! Shakespeare had that one figured out long ago.

2014-09-24
Admin
Share !
Previous: Thanks to all who helped send bikes to Africa
Next: Madeira Park Elementary School