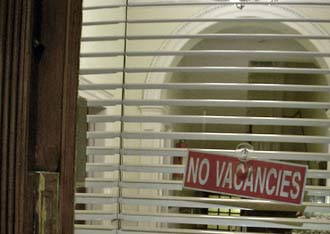 The SCRD has decided to re-open the issue of short-term rentals, following a request by the Sunshine Coast Affordable Housing Society to act to protect local housing stock.

“There is a rental crisis on the Coast right now. Vacancy rates are low and although rental rents have stabilized in the last few months as the Vancouver market has cooled, we’re still seeing pretty high rents across the board.”

The crisis, says Thomson, has been exacerbated by the removal of rental housing stock from the market.

“As a housing planner, what’s frustrating about the quick movement of Airbnb is that the tools that local governments have implemented to try and provide affordable housing, such as allowing secondary suites and coach houses and auxiliary buildings, are now being used for Airbnb rentals instead of supplying a rental stock to residents of the Sunshine Coast,” said Thomson.

West Howe Sound Director Ian Winn noted that reports on the issue were prepared by staff in 2012 and at that time the board decided not to act, but since then the situation has “escalated dramatically.” Winn also expressed frustration that Airbnb keeps being named as ‘the problem’ when it is only one of many online platforms that cater to holiday rentals.

“The problem is what people want to do with their properties.”

Sechelt Councilor Darnelda Siegers stated that a different planning solution may be needed in each of the rural areas. The District of Sechelt has a short-term rental policy in place, and has responded to complaints from neighbours. She noted that to be effective, policies need to be actively enforced by bylaw officers.

“We want to ensure that the residents in all of our areas are happy with how their short term rentals are impacting them and how we’re dealing with them,” said Siegers.