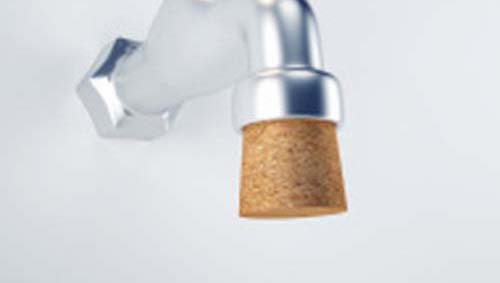 The SCRD has imposed Stage 4 watering restrictions on the Sunshine Coast south of Pender Harbour due to the extended drought.

Stage 4 prohibits “all outdoor tap water use,” the regional district said on its website Aug. 10, as it announced the ban starting Thursday Aug. 13, and which would remain in effect “until further notice.”

The SCRD suggests using only “clean grey water (e.g. water from a bathtub or sink) for watering outdoor plants and vegetables.”

An exception to the watering ban has been granted—for this year only—to any of the estimated 122 provincially recognized farms on the Coast that have had water meters installed on their properties.

The new restrictions, in effect as of Thursday Aug. 13, come despite the community’s substantial efforts at reducing consumption, SCRD Utilities Superintendent Shane Walkey told the Local.

“The response we’ve had from the public has been fantastic. They’ve done a very good job in reducing their flows, but we’re still using up the water,” Walkey said.

In mid-July, the SCRD set a consumption target of 14 million litres per day for the approximately 10,000 homes, businesses and institutions connected to the system that draws water from the region’s primary source, Chapman Lake.

(The area of Pender Harbour north to Earl’s Cove has different water sources and remains at Stage 1.)

• Use tap water for any outdoor water use, this includes tap water through garden hoses, watering cans, irrigation systems or laid sprinklers

• Conserve water with every opportunity inside your home

• Use clean grey water (e.g. water from a bathtub or sink) for watering outdoor plants and vegetables.

A target of 10 million litres per day has been set with Stage 4 restrictions, Walkey said.

“It looks like people are trying their best in the community and it certainly has prolonged going to [Stage 4] because people are doing so well,” Walkey said.

The SCRD is counting on low consumption to get us to the usual onset of the rainy season in mid-October. Officials are not yet ready to speculate publicly on the measures they might have to take if those rains are delayed.

The deepening water crisis comes as the SCRD announced it will receive more than $3.4 million from the federal and provincial governments to help complete the installation of meters on all of the residential and business water connections on the Coast.

The funding will cover two-thirds of the cost, with the SCRD responsible for the remaining $1.72 million for the 2016-2017 metering project.

Metering will mean home- and business-owners will receive a bill for the amount of water they’ve actually used, rather than paying an annual bulk rate as most on the Coast do now.

“If you look at other locations that have installed meters, there’s quite a drastic decrease in consumption,” Walkey said. “There are 20-per-cent or 30-per-cent reductions sometimes.”

He said the meters can also quickly help detect leaks in people’s systems.

“The meter`s spinning, even though no water is running in the house. So you can tell there’s a leak.”  Rik Jespersen