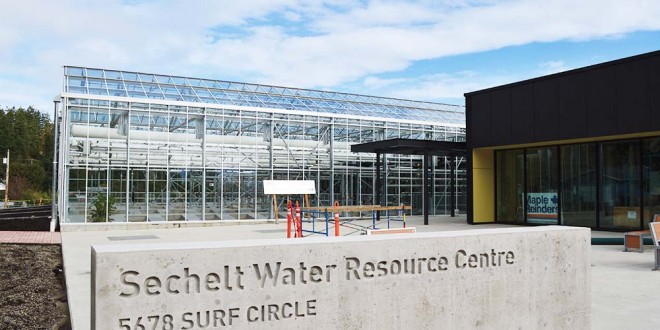 The District of Sechelt will order up a review of the Water Resource Centre project that could cost as much as $150,000, overriding the protests of one councillor who said it’s a waste of money.

At its Jan. 20 meeting, Council voted in favour of hiring consultants Deloitte LLP to conduct a post-project review of the controversial $24-million wastewater plant.

“We’re going to spend $150,000 that I believe will yield very little more information than we already have,” said Coun. Doug Wright, who later cast the lone opposing vote to the motion.

Wright suggested that the new manager of engineering—who is yet to be hired—and new Chief Administrative Officer Tim Palmer could do the internal review of the project instead.

“Some people are going to say we need to find out what went wrong so we don’t repeat it,” Wright said. “My response to that is you’re not likely going to build another $24-million plant in the term of this council or the next council, either.”

However, other councillors noted in their responses to Wright that, in a scathing report last April from B.C.’s Auditor General for Local Government [AGLG], the District had been advised to conduct a thorough review of the entire project.

The AGLG’s report found that the sewage treatment plant project had no predetermined business case, insufficient oversight, lacked transparency in procurement and decision-making, and had exposed taxpayers to unnecessary risks.

“It is a lot of money to spend, but our community deserves to have answers to their questions,” said Coun. Darnelda Siegers, also citing the AGLG’s call for a review.

Coun. Noel Muller said the cost should be put in perspective.

Coun. Darren Inkster added: “The Auditor General clearly identified this as something we need to do.”

Mayor Bruce Milne noted that Sechelt had just been named a recipient of a 2016 Sustainable Communities Award specifically because of the Water Resource Centre.

Milne said there’s no doubt the plant’s innovative technology is “giving us the results we want,” but that there are still “a number of unanswered questions about the [approval] process.”    Rik Jespersen