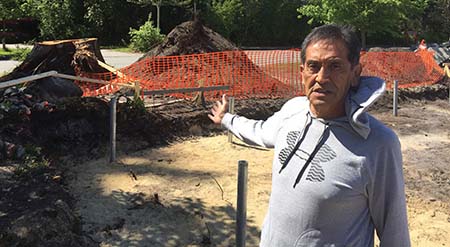 Posted by: The Local Weekly May 4, 2016 in Breaking News, Front Page, News Leave a comment 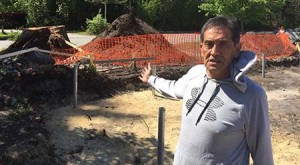 Shíshálh Chief Calvin Craigan stands in front of a property at Wharf Avenue and Osprey Street in Sechelt where an ancient native midden (garbage dump) was found after the owners took down the A-frame house that had been there since the 1960s. The area is also believed to have had a shíshálh longhouse on it. In an agreement with the First Nation, archeologists will comb the site for artifacts and the owners will then proceed to build a new home there. Michael Morgan photo